He set up outside the Newquay Cornwall Air Ambulance shop during Boardmaster’s weekend with his static bike and donation buckets. Although he set out to ride the distance from Newquay to Derriford Hospital and back, enthusiastic William ended up cycling approximately 160 miles – around 50miles further than he planned.

Generous supporters cheered William on and a fantastic £1500 was raised for Cornwall Air Ambulance.

William’s fundraising idea was sparked after he was air lifted by the crew following a training injury. A talent gymnast, William trains at Kernow Gymnastics in Newquay and was performing a front flip into a round off to a back flip when the incident occurred.

”You have to land your feet to push off for the next bit, and I missed the mat and fell on my arm.” Says William. Due to the impact, William sustained an open compound fracture to his left arm. ”It was really scary. I thought my arm had fallen off!”

The crew were called to assist and William was taken to Derriford Hospital. On arrival, he had to be sedated while they straightened the bones in his arm to ensure they healed properly and he could continue to train in the future.

One week after William broke his arm, and still in a cast, he was conditioning training at the gymnastics school. ”I’m not allowed to attempt a one handed round off yet, but hopefully I can get back to more complicated moves soon.”

William was told his cast would come off in September, but had it removed early due to speedy recovery. He has won several competitions in gymnastics, including 2 gold and 1 bronze medal in March and he also won the trophy for Best Overall Gymnast at the Men’s Acrobatic Gymnastics Association competition.

David Withers, Community Fundraiser at Cornwall Air Ambulance said ”We are delighted with William’s fundraising, what a fantastic achievement. He’s an inspiration. It really will make a difference and we’re grateful for all his efforts in supporting the charity. On behalf of all the team we wish him all the best for the future.” 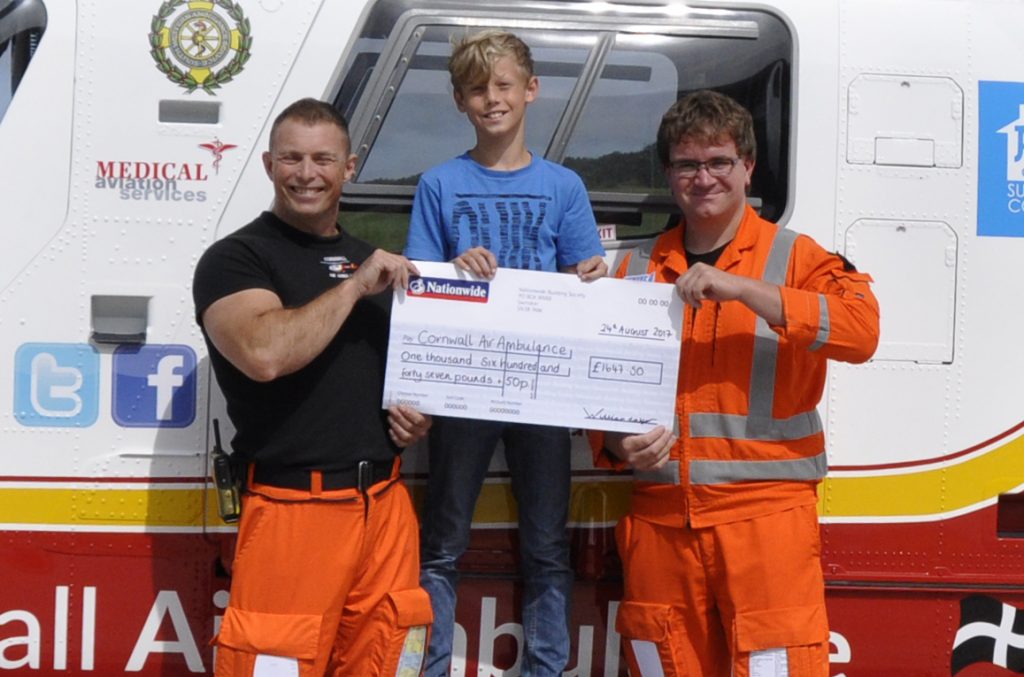