A Cornish boy who suffered a cardiac arrest while at school has reunited with Cornwall Air Ambulance paramedics who attended his incident for the first time.

Finlay, 12, suffered the attack due to a previously unknown heart condition while at Penrice Academy on 9th December 2021.

However, due to the quick actions of staff, his life was saved thanks to the school’s defibrillator – which brought him extra time for the paramedics to arrive on scene.

Cornwall Air Ambulance critical care paramedics Thomas Hennessy-Jones and Louise Lamble were tasked to the incident, and were able to transfer him to Royal Cornwall Hospital for further care. There, it was found Finlay had a genetic condition called hypertrophic cardiomyopathy.

Since his medical episode, Finlay has been fitted with a cardio implant and has returned to school. His family has also launched a campaign calling for all UK schools to install defibrillators, so other lives can potentially be saved.

Finlay’s mum, Donna Richards, said: “You know when the air ambulance is called it’s a serious thing, and we knew it was serious anyway.

“They came in and they were absolutely amazing, they looked after both of us – I was a bit of a mess and Finlay was on the floor, quite agitated when they arrived.

“They were really lovely, and Thomas came with us to the hospital and stayed with us for a bit in RESUS, so it’s nice to see them today.” 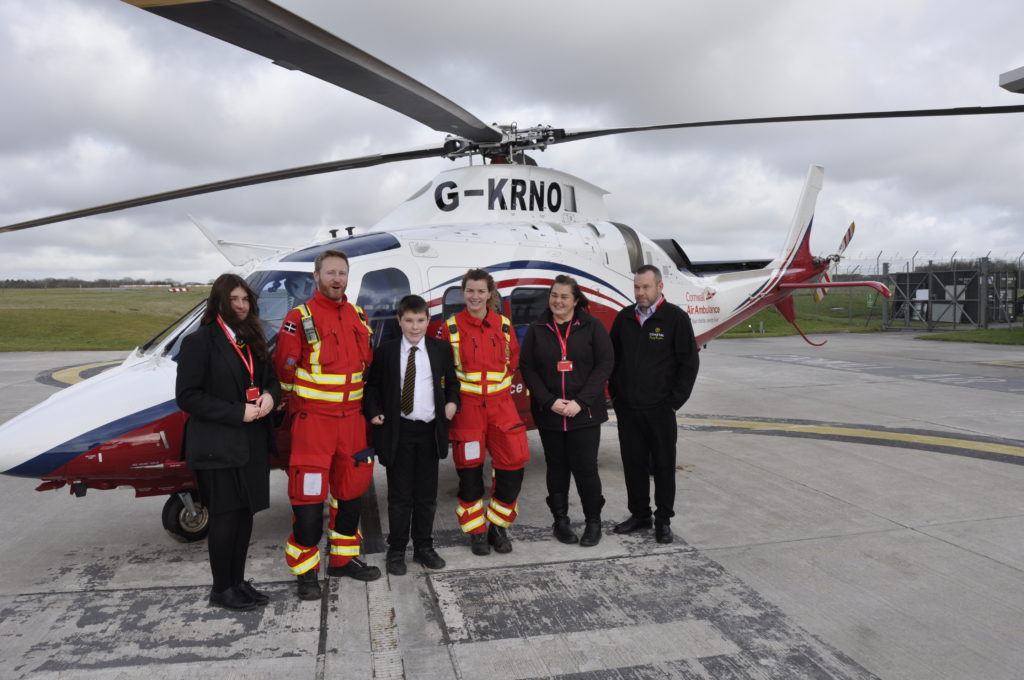 Following the incident, Cornwall Air Ambulance Trust is now supporting Finlay’s campaign, highlighting the importance of early intervention when dealing with these types of medical incidents.

CEO Tim Bunting said: “When it comes to these types of medical incidents, early intervention is key. Being able to access a defibrillator can give patients that extra time needed to get a medical professional to their side, who can then administer advanced care and help them onto hospital.

“Without a doubt, these devices give patients the absolute best chance for a successful recovery, and we support Finlay’s campaign to call for them to be implemented in all schools across the UK.

“We are also looking to install defibrillators at our own charity shops across Cornwall, to help give more members of the public a fighting chance in these medical emergencies.” 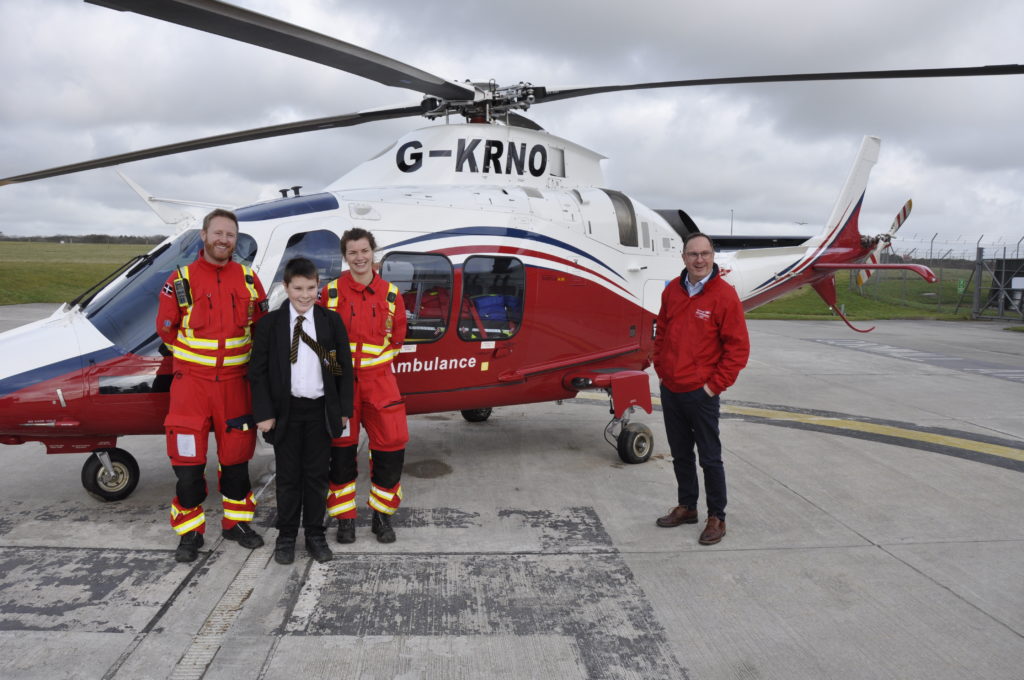