Bob and Gill Keeling were nearing the end of their season staying at Valley Caravan Park in Polzeath when Bob began to feel unwell.

It started with slight pain in his groin, but in less than 24 hours the pain got so severe he passed out. Desperately worried for her husband, Gill called 999 for help.

Cornwall Air Ambulance was tasked to the holiday park, landing at 12:15pm on Monday 1 November. Critical care paramedics Mick and Martin, along with critical care doctor Dave were on board. On arrival they found the 76-year-old’s condition had deteriorated and his blood pressure was very low.

Gill said: “I was scared stiff. Bob was in so much pain I knew something was wrong; I was so pleased when I heard the helicopter was coming. From the minute they arrived they just took over, they know exactly what to do and say, it does help you relax a bit.”

Bob had suffered an abdominal aortic aneurysm and needed urgent transfer to hospital. The crew of Cornwall Air Ambulance airlifted Bob to Royal Cornwall Hospital- a flight which took just eight minutes. He was taken straight to surgery and spend several days in intensive care.

Bob said: “Without a doubt if it hadn’t been for those guys I wouldn’t be here now- the surgeon told me that. The work they done and getting me to hospital so quickly saved my life. I was told 90% of people in my circumstances don’t survive. I feel very lucky and pass the crew my undying thanks.”

Over the summer the couple raised funds for Cornwall Air Ambulance by asking for donations for leftover items they found at the beach such as bodyboards, wetsuits and beach toys. They have raised nearly £1,000 for the charity since 2016. Bob said his unexpected flight in the air ambulance has given them even greater reason to keep supporting in the future. 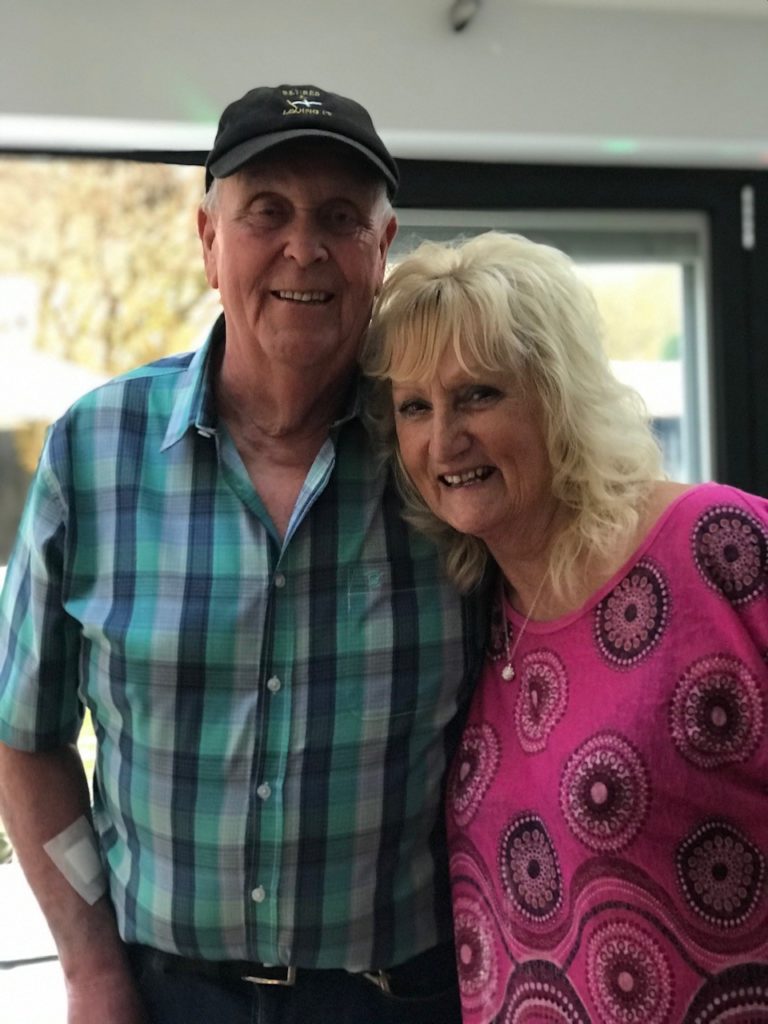