Sadly, not every mission has a happy ending- some patients are too critically ill or injured to be saved. On these occasions family members often feel reassured by the level of care provided by paramedics in their final moments, which often gives them precious extra time with their loved ones.

Claire was planning to propose to her partner Mark in May 2016, she even purchased a special engagement watch, but a family tragedy set her plans into disarray.

Claire explains: “Mark’s mum Lorna was involved in a house fire in St Columb Minor which the crew of Cornwall Air Ambulance attended. With the help of a few staff from the local Kwik-Fit and the fire service, they managed to get her out of the house.”

Lorna was treated by the critical care paramedics and airlifted to Royal Cornwall Hospital.

“Unfortunately Lorna passed away that night. Without the air ambulance crew and the other brave people involved we would never have been able to say goodbye to Lorna and I would never have told her what my plans were for marrying her son.”

A few weeks later, with the knowledge that she would have had Lorna’s blessing, Claire proposed to Mark. He said yes and the couple married in April 2018, when they asked for donations to Cornwall Air Ambulance instead of gifts.

Claire added: “When we were making our invitations a year before the wedding we were thinking about gifts as some people had already asked us if we wanted anything. We decided it would be nice to give back to a charity that had given us the gift of time to say goodbye to Lorna.” 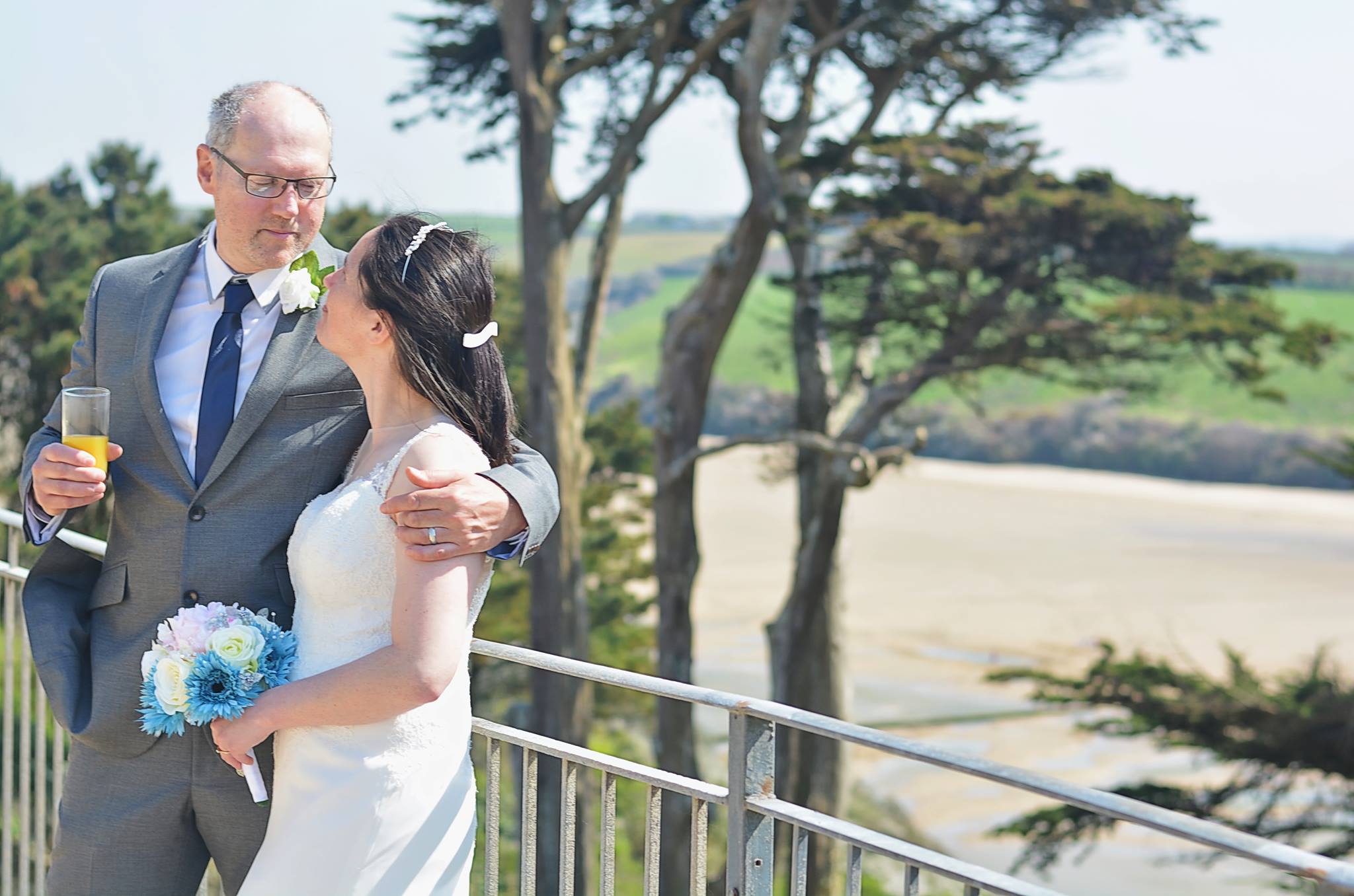 To make a donation to Cornwall Air Ambulance click here.