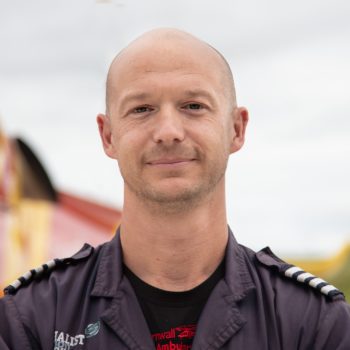 Adam learned to fly in Florida and spent two years working there, before returning to the UK. Much of his early experience was gained flying helicopters offshore for the oil and gas industry in Aberdeen and the Shetland Islands.

In recent years, Adam joined Kent, Surrey and Sussex Air Ambulance as a HEMS pilot where he flew in both the MD902 and the AW169 helicopters. Moving back to his native Cornwall, Adam is now the chief pilot for Cornwall Air Ambulance Trust. He is looking forward to the challenges of the job, including the unpredictable Cornish weather. 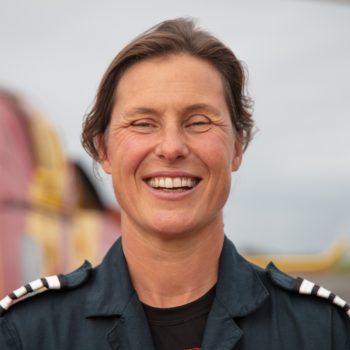 Liv started flying with the Royal Navy in 2000, qualified as a Sea King pilot flying as a 'Junglie' in support of the Royal Marines and other land forces in operations around the world. She transferred into Search and Rescue, based in Cornwall and then Scotland. In 2012, Liv left the Royal Navy but carried on flying Search and Rescue for CHC on the UK's south coast, before taking three years out to concentrate on bringing up her two young children.

Liv returned to flying as a Children's Air Ambulance pilot on the AW169 and was delighted when the opportunity arose to work back in Cornwall, even more so to work in HEMS. She is enjoying serving the Cornish community again, and having sand in her toes and salt in her hair. 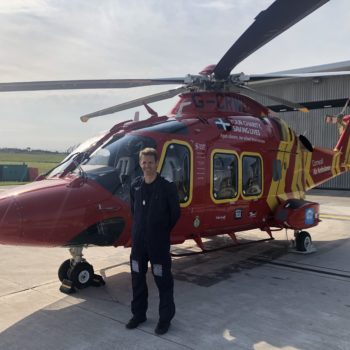 Born and bred in New Zealand, Alistair joined the Royal Navy in 2002 and started flying training in the Fleet Air Arm. After starting his training on Merlin helicopters in 2006 he spent the rest of his career based at RNAS Culdrose, flying from ships and shore bases on deployments around the world.
Alistair left the Navy after 16 years service and joined Specialist Aviation Services as a HEMS touring pilot flying with various charities on HEMS operations throughout the UK. With the arrival of the AW169 and a requirement for two more pilots at Cornwall Air Ambulance Trust, Alistair jumped at the chance to return to working full time at home in Cornwall. He is enjoying his new role and the opportunity to help bring the AW169 into service with Cornwall Air Ambulance Trust. 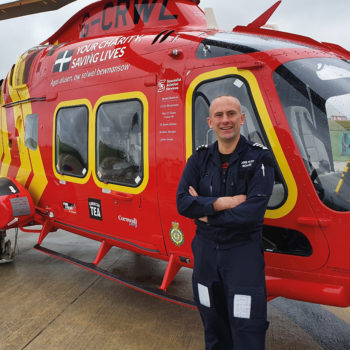 Originally from West Yorkshire, Richard Joined the Royal Navy in 1996. His early flying career was spent at RNAS Culdrose in Helston, but he was later based in Somerset, Shropshire and Denmark.

He left the Navy in 2015 to start a job flying the Dauphin helicopter at Newquay airport and was very happy to move back to Cornwall. Living in the area and seeing the great work that the Cornwall Air Ambulance does, Richard is thrilled to have been given the opportunity to join the team and is thoroughly enjoying flying the AW169.

Outside work, Richard enjoys running (slowly), surfing (badly) and anything that gets him in the great Cornish outdoors with his family.