Cornwall Air Ambulance superstores charity shop manager, John was set to get married over the weekend, but due the new lockdown restrictions which came into force today (Thursday 5 November) it was cancelled.

On Monday, John’s partner Emma contacted Truro Registry Office to see if they could bring the ceremony forward. Due to a late cancellation, they received a call at lunchtime to let them know they could squeeze them in at 4pm that same day.

The pair were both working in our St Austell charity shop and left straight from there for their wedding ceremony, alongside a couple of Cornwall Air Ambulance employees who were delighted to act as their witnesses.

The couple were even married in their red CAAT uniforms- a first for the charity. Congratulations to John and Emma. 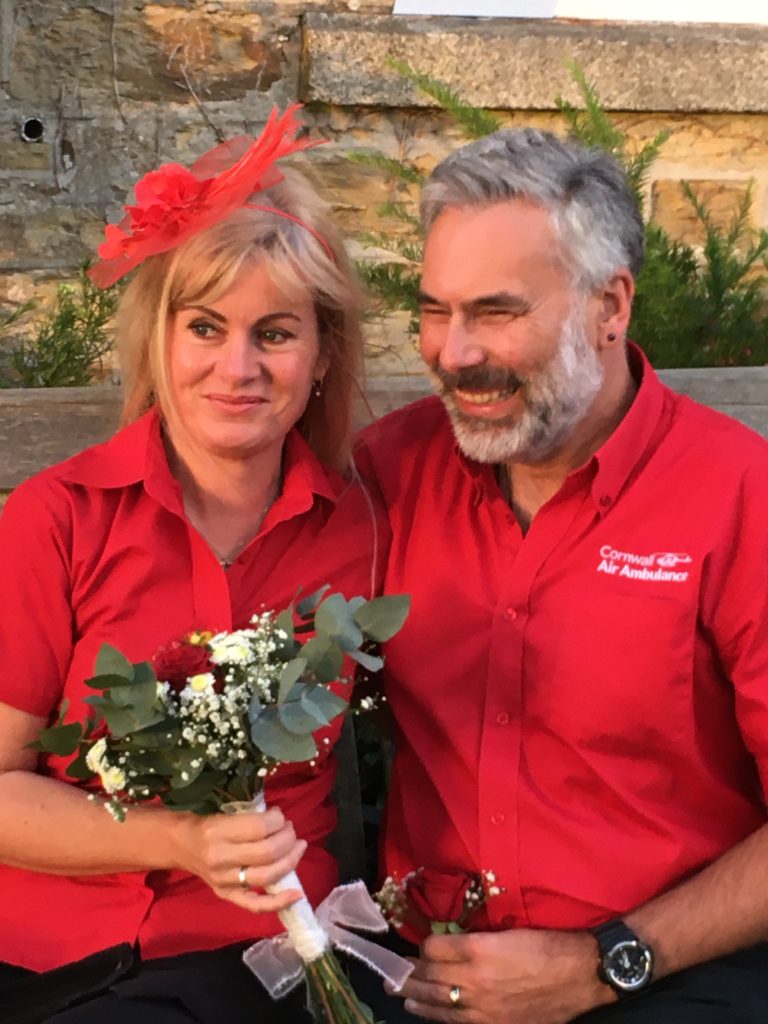