Cornwall Air Ambulance has launched a major recruitment drive as it’s forced to close one of its most popular charity shops due to staff shortages.

The shop, in Helston, has been closed for two months as the charity seek a new shop manager – one of many positions the charity is currently recruiting for.

Roles now need to be filled across various parts of Cornwall Air Ambulance’s staff team, ranging from senior positions at the charity’s HQ near Newquay to managing some of its most-loved community stores.

Chief executive Tim Bunting said: “Keeping your helicopter in the air starts from the ground up and we need like-minded people to fill staff positions across the charity. The Cornwall Air Ambulance staff team are the engine room of the charity and that is why this recruitment campaign is so important to the mission of saving lives.”

Eight key roles are now up for grabs, including those in retail, finance, fundraising and education. Applicants will not only be part of a vital team that keeps Cornwall Air Ambulance flying but will also be able to make the most of staff benefits.

That includes Real Living Wage as a guaranteed minimum starting salary across all our roles – an hourly rate of pay based on what people need to live on to pay for costs including fuel, energy, rent and food (as calculated by the Living Wage Foundation charity).

Some positions include flexible working, with opportunities to move up the ladder with career progression, as well as training and development.

Tim added: “This recruitment drive is a positive step forward for the charity. But we need people in these roles as soon as possible, to keep the helicopter flying.

“Currently, the charity is working with limited numbers of staff in key areas, which has resulted in the temporary closure of one store, cutting off a key fundraising source for the cause.

“To be able to offer people in Cornwall jobs that will make a difference is a privilege, and we can’t wait to welcome these core and dedicated members to the team.”

To find out more about the roles now available, click here. 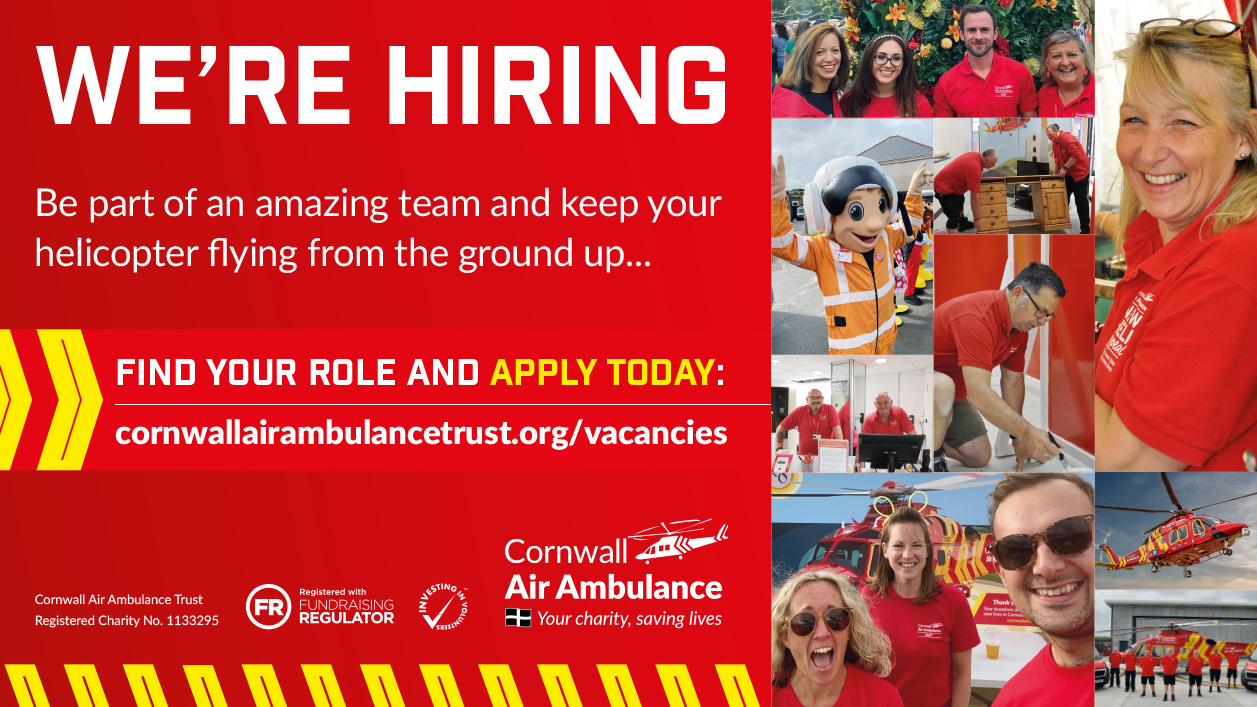