The national ceremony is held annually to celebrate the work of air ambulances across the UK.

The charity’s critical care team were awarded Incident of the Year for an incredibly difficult rescue when three people fell from a cliff at Porthleven. Critical Care paramedics Thomas Hennessy Jones and Stuart Croft attended the incident on Saturday 4 May, which involved three critically ill teenagers being airlifted from the beach, in the dark, on the incoming tide.

Thomas picked up the award on behalf of everyone involved in the rescue.

He said: “This was certainly one of the most challenging incidents our team has been involved in. Whilst the award recognises the critical care we delivered to the patients, it reflects the work that a whole team of people did to ensure three teenagers were safely moved from the beach that night and transported to hospital as quickly as possible.” 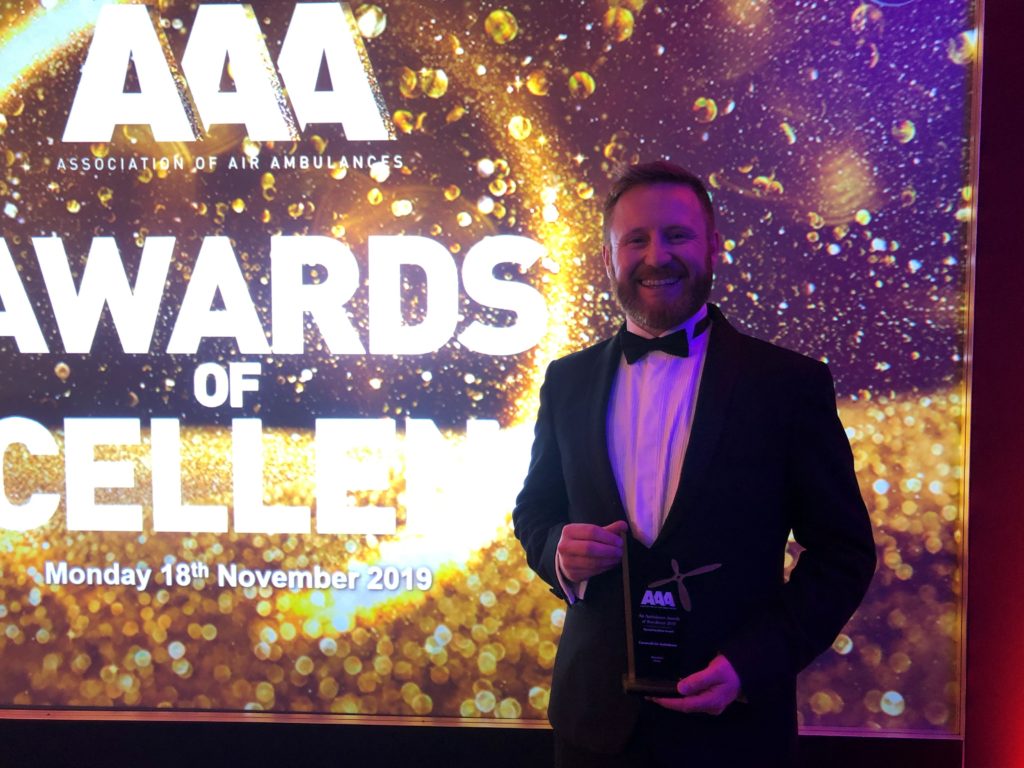 Kevin McGall, who has worked for the lifesaving charity for a decade, was awarded Air Operations Support Staff Member of the Year. From creating sets for the air ambulance summer balls, to setting up stands at Royal Cornwall Show and looking after the maintenance of all six charity shops- Kevin is known to turn his hand to lots of things in his role.

He said: “It’s good to be noticed for all the different ‘hats’ that we wear and to be acknowledged for them over the last ten years. To receive such an award makes you feel very appreciated.” 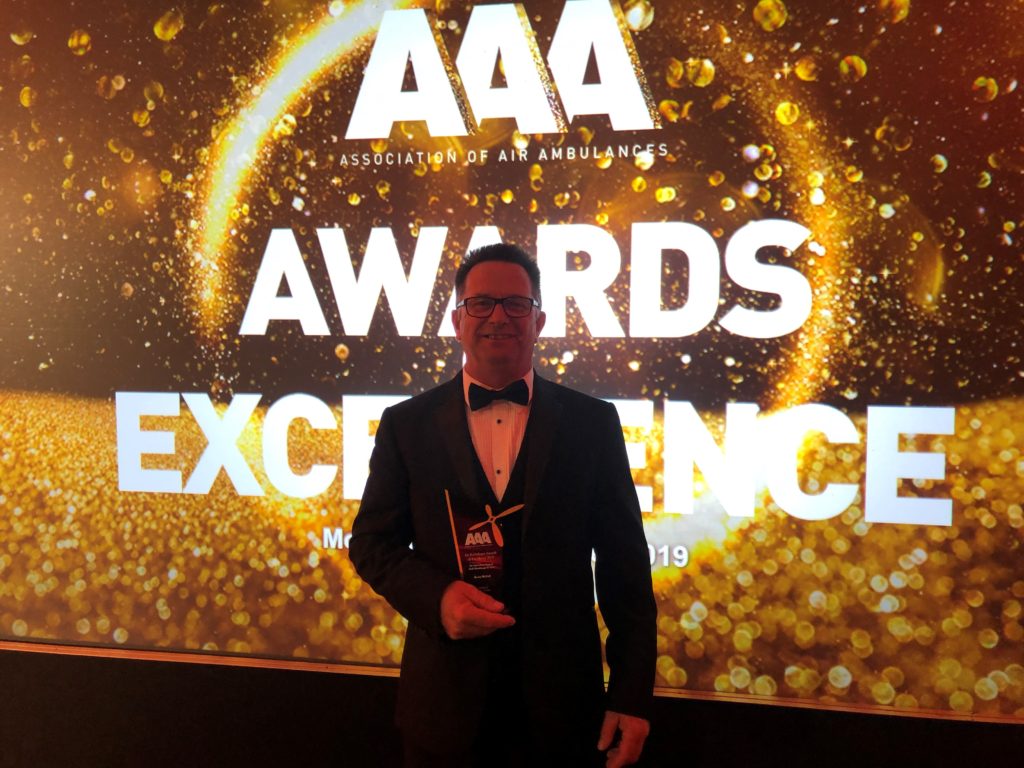 Chief Executive of Cornwall Air Ambulance, Paula Martin, received the Chairman’s Award 2019 for the work she carried out as the previous chair of the Association of Air Ambulances, as well as her role within the wider air ambulance sector.

Paula said: “I thoroughly enjoyed my term of service on the AAA Board, especially as Chair over the final 15 months in the lead up to major developments for the association, which my successor is now taking forward. It’s an honour to be recognised and given the opportunity to hold a leading role in the air ambulance sector.” 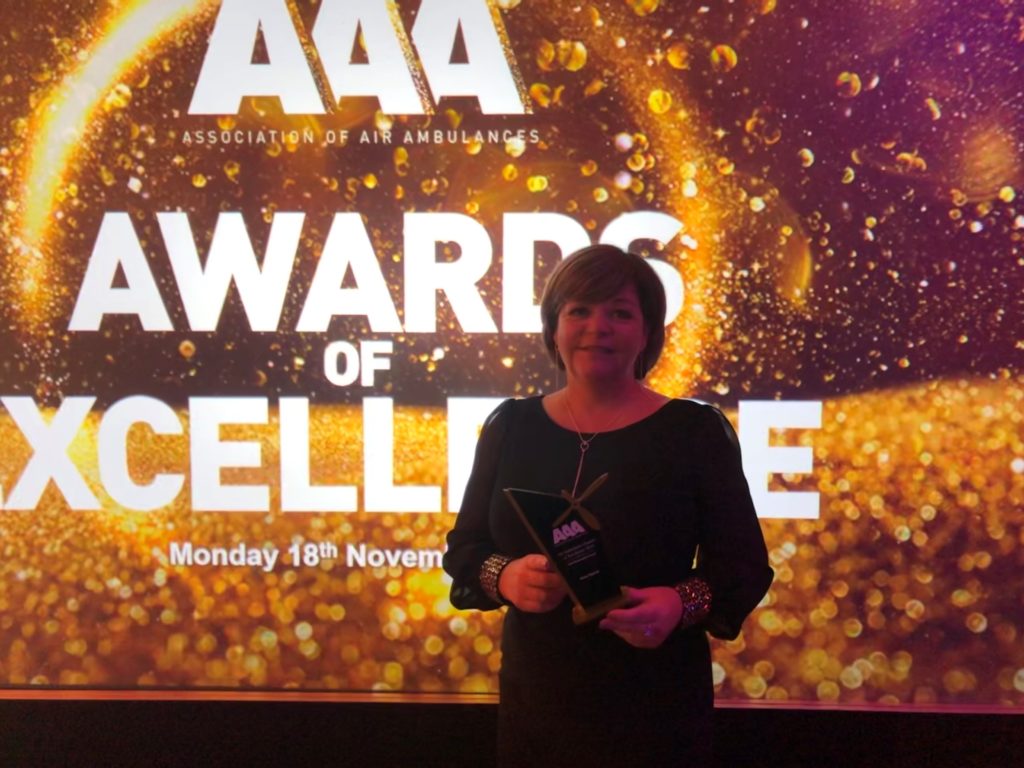