The Duchess of Cornwall helped celebrate 30 years of saving lives during a visit to Cornwall Air Ambulance’s headquarters.

Her Royal Highness met with members of the aircrew, volunteers, trustees and staff as she toured the airbase at Newquay and unveiled a plaque commemorating the charity’s 30th anniversary this year.

And she was joined towards the end of the visit by the Prince of Wales who, despite not being scheduled to attend the event, took time out to meet some of those present.

Earlier in the afternoon The Duchess of Cornwall met with the first ever Cornwall Air Ambulance pilot Geoff Newman and one of its earliest paramedics Paul Westaway. The former aircrew talked the charity’s Royal patron through an exhibition charting the 30-year history of the lifesaving service.

Her Royal Highness also met with Anne Leaney, the first person in the UK to be treated by an air ambulance crew when she was airlifted in Cornwall on 1 April 1987.

The charity’s trustees discussed plans with the Duchess to bring a new generation air ambulance helicopter to Cornwall and showed her a display of the types of aircraft under consideration.

Paula Martin, Chief Executive of Cornwall Air Ambulance, said: “A visit from our patron is always a wonderful occasion, but being able to share the charity’s 30th anniversary celebrations with her and the Prince of Wales made this one extra special.

“Her Royal Highness took time to talk with members of the aircrew, volunteers trustees and staff, as well as with airlifted patient Connor Simmonds and his family. Connor received critical medical care after falling 100ft from a clifftop in 2014.

“She was also interested to hear about the charity’s plans to improve patient care by bringing a new generation helicopter to Cornwall Air Ambulance.

“Everyone thoroughly enjoyed the Royal visit and we look forward to welcoming Their Royal Highness’ back to Cornwall Air Ambulance in the future.”

Since April 1987, Cornwall Air Ambulance has carried out more than 26,800 missions to those in urgent need of medical care. As a charity, it relies on donations from supporters to keep the helicopters flying.

Throughout 2017, people are being urged to take on the 30 for 30 Challenge to raise money and celebrate 30 years of saving lives. This could involve baking and selling 30 cakes, getting sponsored to run 30 miles, or swimming 30 lengths of your local pool. The possibilities are endless. To find out how to get involved, visit cornwallairambulancetrust.org/take-30for30-challenge. 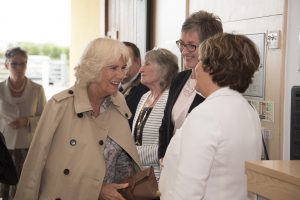 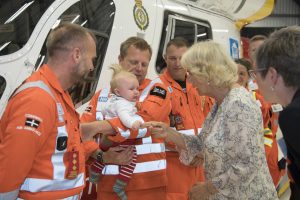 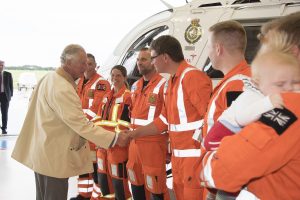 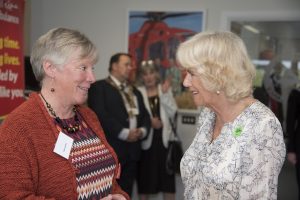 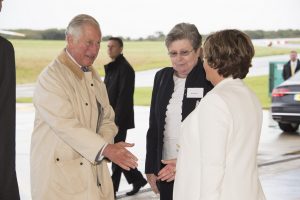 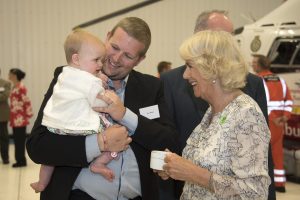