The AW169 helicopter, which went into service on 1 April 2020, is named ‘The Duchess of Cornwall’, after the charity’s patron.

At the airbase in Newquay, Her Royal Highness was introduced to the aircrew and a team of staff and volunteers who were part of the New Heli Appeal, the public fundraising campaign which raised over £2.7 million to help bring the new aircraft to Cornwall.

The Duchess unveiled the name of the aircraft by removing a giant face mask from the nose cone- a nod towards the unusual circumstances of the ceremony during the Covid-19 pandemic. Following the naming, the helicopter was officially blessed by the Bishop of Truro, The Right Reverend Philip Mounstephen.

Paula Martin, Chief Executive of Cornwall Air Ambulance, said: “It was an honour to welcome Her Royal Highness to officially name the new helicopter. The people of Cornwall and beyond worked tirelessly to fundraise for this incredible new air ambulance and it has been a very special year for the charity to see it come into service.

“The Duchess was at Royal Cornwall Show when we launched the appeal two years ago, so it’s great to welcome her back to see the fantastic result of everyone’s hard work and learn about the difference this new aircraft is already making to critically ill people in Cornwall and the Isles of Scilly.”

The Duchess was introduced to six-year-old Leya Raper, a former patient of the air ambulance, who was flown to hospital as a baby with severe breathing difficulties. The youngster has spent lockdown making bracelets to fundraise for the lifesaving charity and has so far raised over £1,000.

Mother Casey Raper, said: “Leya wanted to do something to raise money for the air ambulance as she knows it helped her when she was a baby. She started making bracelets, which we thought would just be bought by friends and family, her initial target was £50. We were overwhelmed with how popular they were, she has now raised over £1,000 which is just incredible. I’m so proud of Leya and delighted she got to meet The Duchess of Cornwall and present her with her own bracelet.” 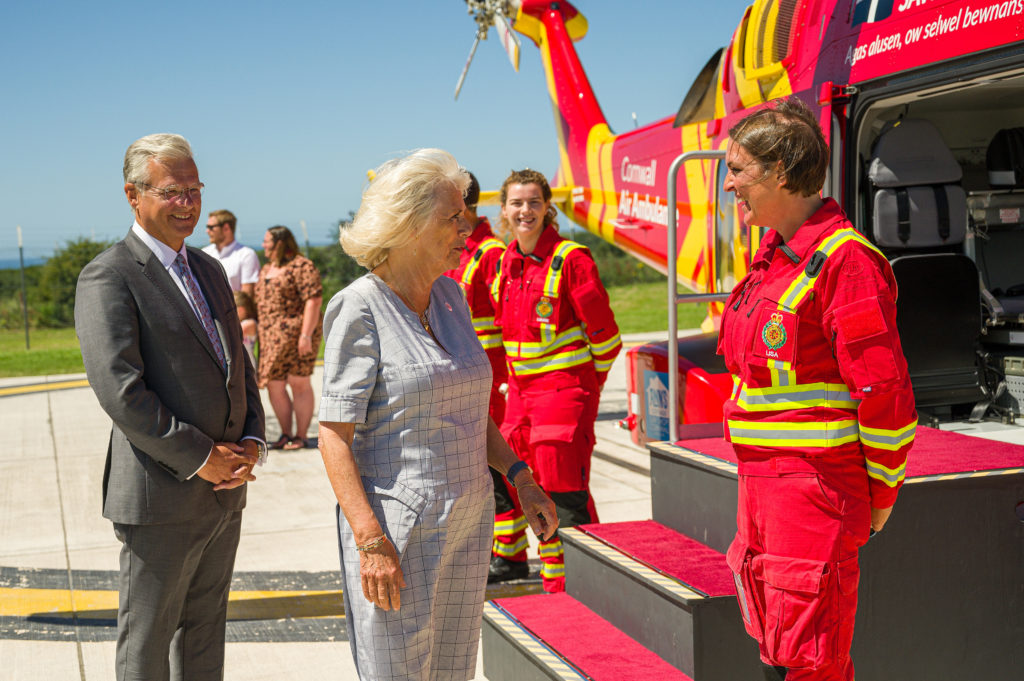 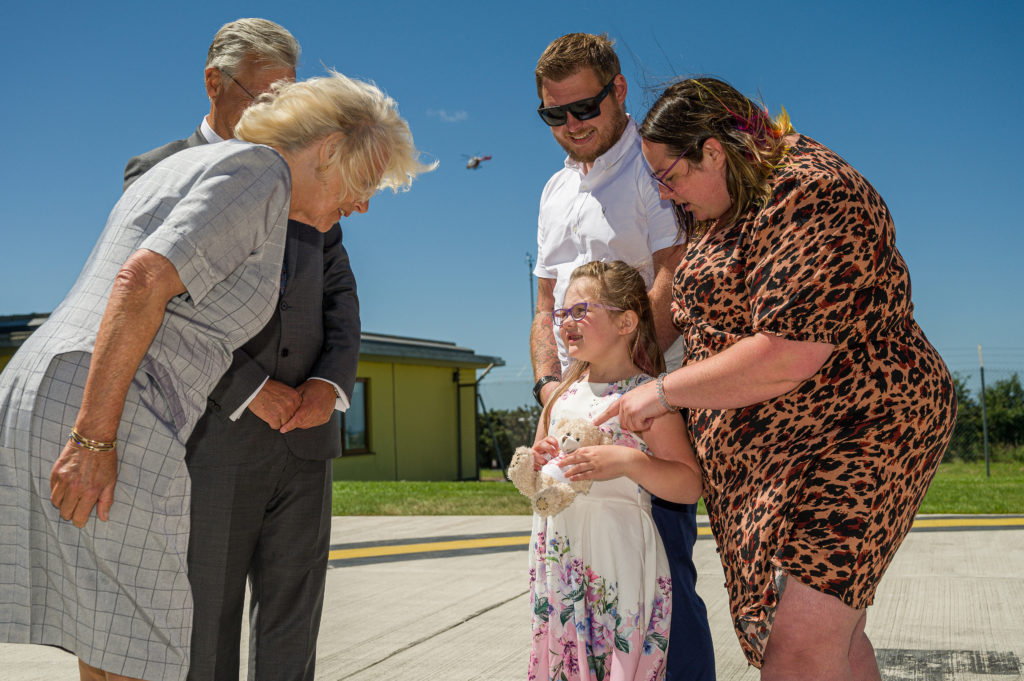 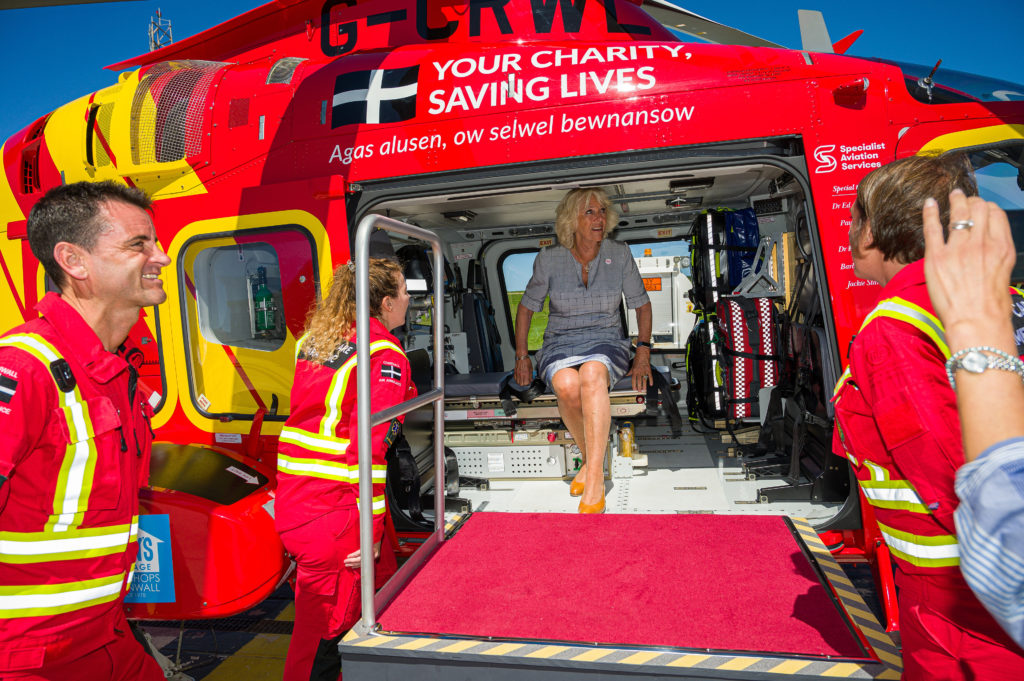 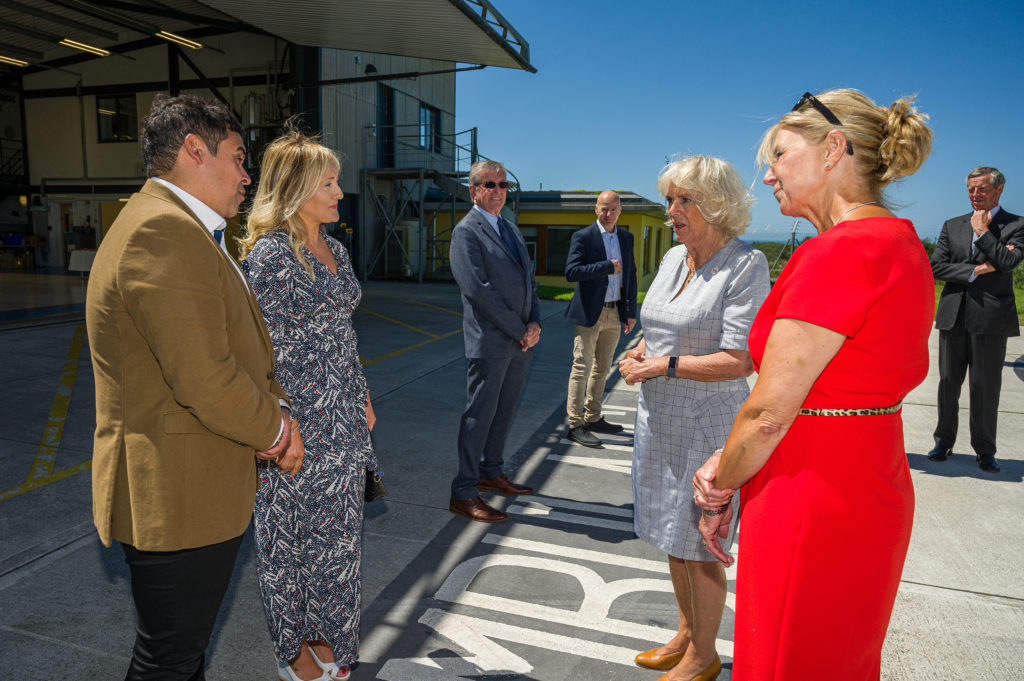 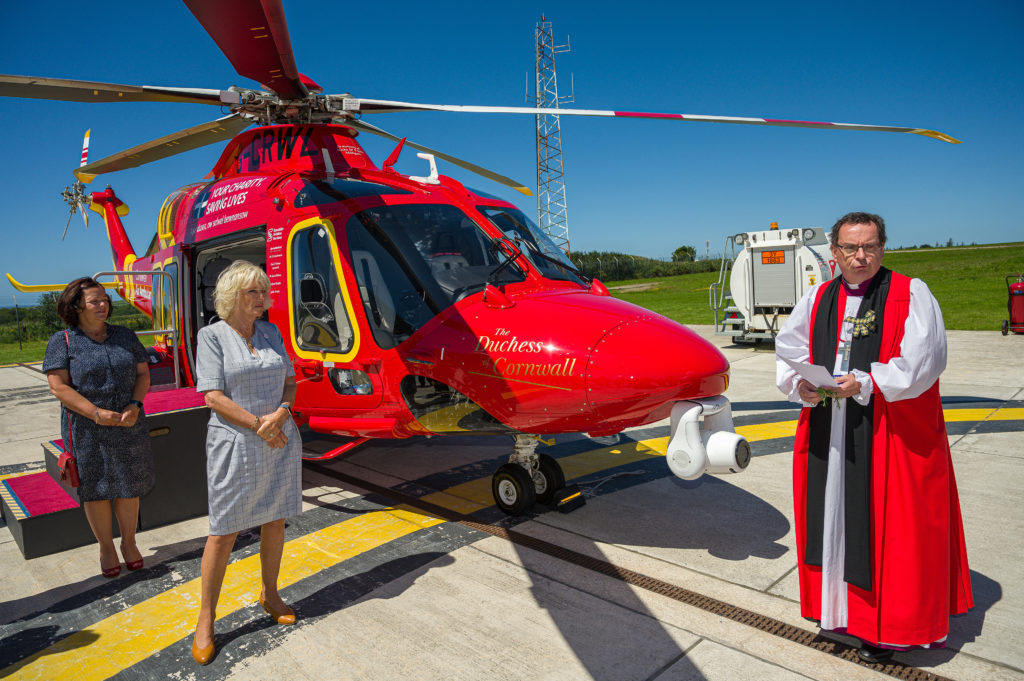