A holidaymaker has returned to Cornwall to thank the people who helped him after he fell seriously ill last year.

Matthew Lane was on the first day of his holiday in Newquay when he suffered a stroke on 24 June 2018. Unable to communicate properly and losing the feeling in his right side, Matthew’s wife Hollie immediately rang 999.

After an initial assessment from ambulance crews, Cornwall Air Ambulance was requested to transport Matthew to hospital as quickly as possible. The helicopter landed on the golf course near Atlantic Reach Holiday Park at 10.50am.

Matthew said: “I tried to stand and I couldn’t, I lost the feeling in my right side, so I knew something was seriously wrong. I was aware of what was going on, but I couldn’t really communicate. My son found me, and he ran to get help.”

Critical care paramedics Kris Lethbridge and Mick McLachlan established an airway to help Matthew breathe and made the quick decision to transport him to Derriford Hospital in Plymouth for further treatment.

Matthew was taken straight into surgery for a thrombectomy to remove a clot in his brain. He spent the next 10 days in intensive care.

Kris Lethbridge, Critical Care Paramedic, said: “Matthew was very poorly at the time-we didn’t know if he would survive. We chose to take him to Derriford as it has specialist facilities available which we thought would potentially make all the difference for him. This case highlights how important the speed of the air ambulance is in getting patients to specialist care faster than would normally be possible. It’s great to hear that Matthew is doing so well now.” 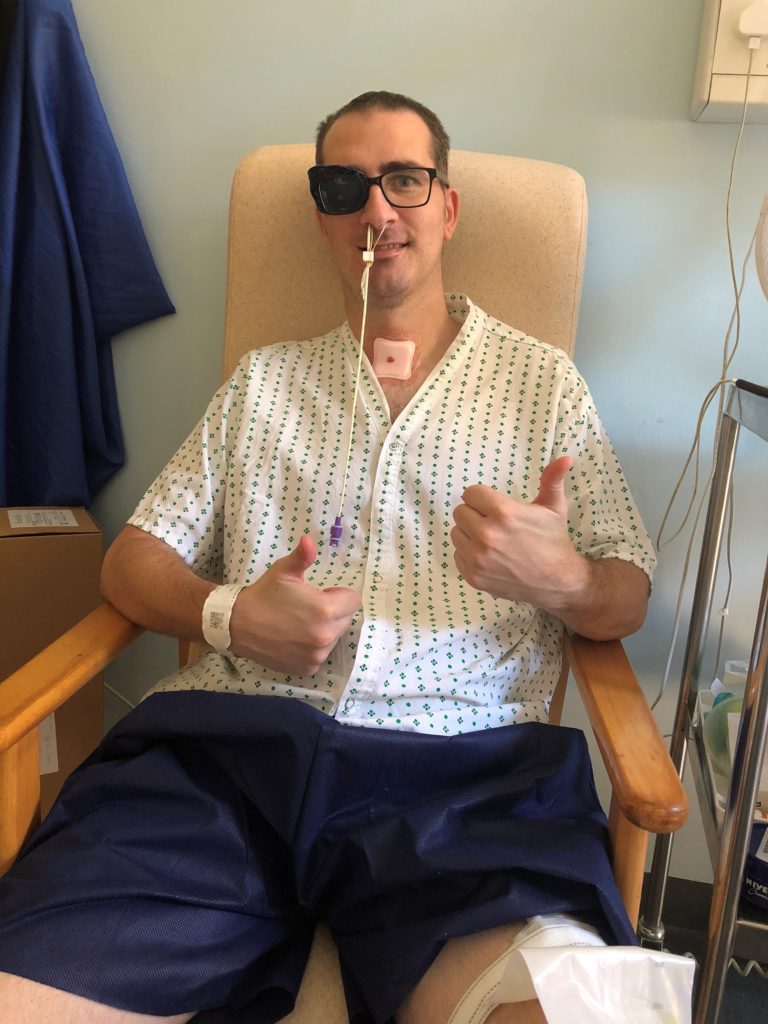 Matthew spent a month in Derriford before being transferred to a hospital closer to home in Norfolk. He has spent the last year in rehabilitation and is now able to walk and talk again.

Hollie said: “You go on holiday to have fun, you never think something like this will happen. Our whole lives were turned upside down. We feel lucky that we were on holiday in Cornwall when it happened. Our local hospital in Norfolk doesn’t have a neurology unit like Derriford, without the fast action of the helicopter crew and the treatment Matthew received, the outcome could have been very different. We wanted to come and thank the crew for everything they did.”

Since Matthew’s incident, his family and friends have held lots of different events to raise money for Cornwall Air Ambulance, including a dinner dance, a football match and a 10km run. The whole family recently returned to Cornwall to visit the airbase and present a cheque for over £1,400 to the lifesaving charity. 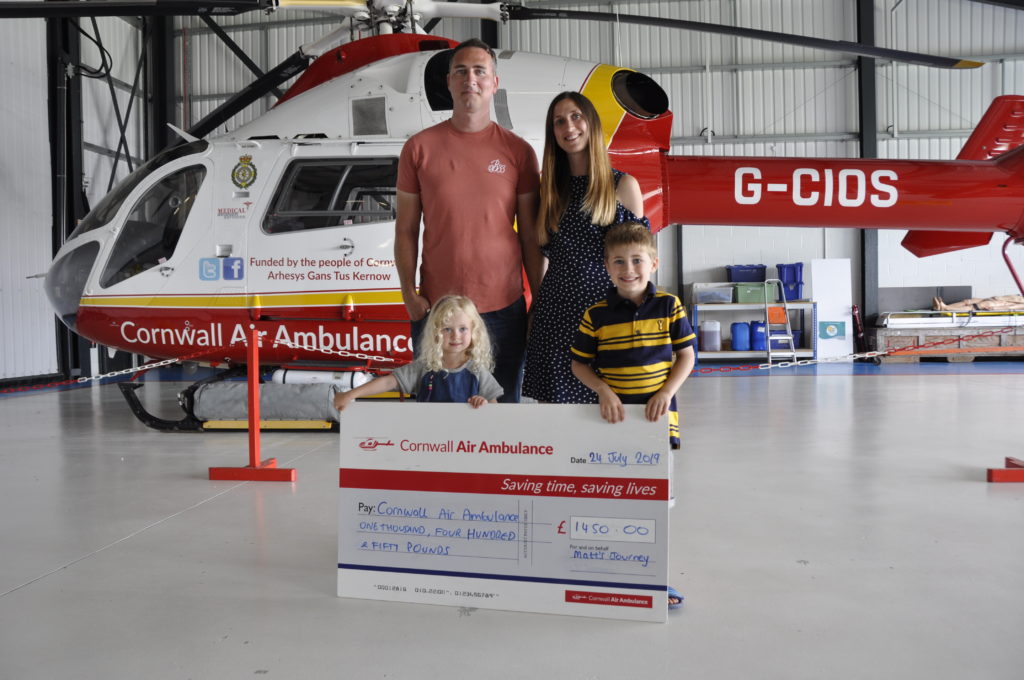 Cornwall Air Ambulance flew 80 missions across Cornwall in July 2019. The charity’s paramedics responded to a further 42 incidents in the critical care cars.