A motorcyclist who was knocked off his bike as he returned from picking up an engagement ring has thanked the crew of Cornwall Air Ambulance that helped keep his proposal dream alive.

Shane Bamford was heading home on the A394 on September 4, when a car pulled out in front of him at the Longdowns junction and smashed into his motorbike.

The 45-year-old was knocked onto the road, badly injuring his shoulder and arm.

“One minute I had a clear road ahead, it was a late summer’s day, I had picked up the ring and I was just grinning like a Cheshire cat. I didn’t have a care in the world,” said Shane.

“I saw the car pull out, I thought this is going to hurt, I heard the bang and I remember seeing the sky then the ground, but I must have blacked out. When I came around I struggled to breathe and I couldn’t feel my arm. I genuinely thought I’d lost my arm.”

A nearby driver, Will, came to Shane’s assistance until a land ambulance arrived on the scene, but worried that he might have a broken pelvis, they requested Cornwall Air Ambulance.

The air ambulance arrived on scene at 3.15pm and paramedics Pete Storer and Kris Lethbridge administered pain relief to Shane.

Shane added: “The only thing I can remember is all the stones flying everywhere and a paramedic shielding me. I saw Cornwall Air Ambulance overhead, but I didn’t think for a minute I’d be going on it. I was just thinking, where is the ring?”

Cornwall Air Ambulance Critical Care Paramedic, Pete Storer, said: “Shane had a couple of nasty fractures and was in pain, but his mind was obviously on the engagement ring. A police officer passed it to me in an evidence bag- I reassured him I didn’t let it out my sight.”

Shane was conveyed to Royal Cornwall Hospital where tests revealed that he had a fractured collarbone and a crushed nerve in his arm.

He was joined at the hospital by partner, Tracy Snooks, where staff played their part in hiding the ring to keep the engagement a surprise.

Shane said: “All the emergency services passed that ring, it’s certainly had a journey! I just want to thank all the paramedics and everyone who helped me, they were all fantastic.”

Shane’s plans all went ahead on schedule, and he proposed to partner, Tracy Snooks, on her birthday on September 11.

Tracy said: “It would be easy for him not to be here and for all of this to be snatched away. We’re really lucky and we can’t thank everyone enough.” 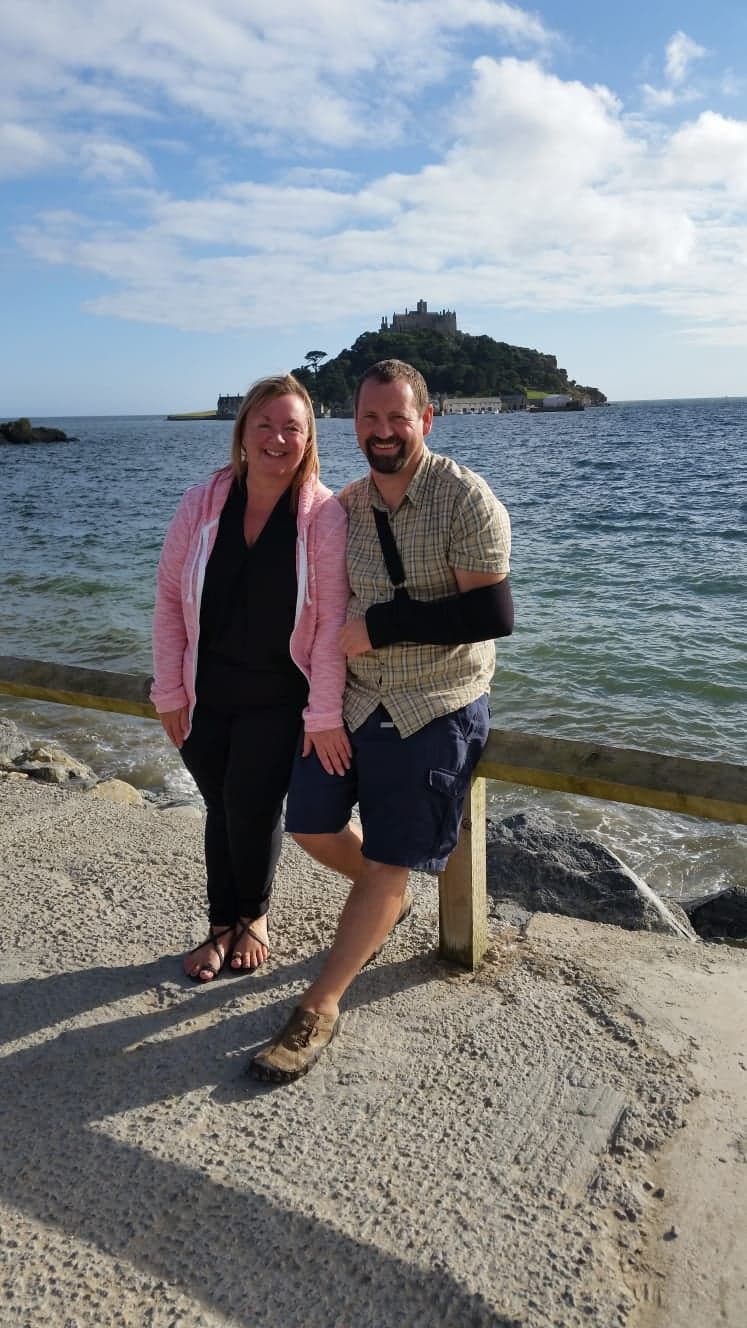