The Cornwall Air Ambulance Trust has been awarded a £1m grant from the Government funds known as LIBOR. The grant will help the charity provide a new generation helicopter in about three years from now.

The grant confirmed by the Rt Hon Philip Hammond MP in his autumn statement, will be made from funds gathered from bank fines over recent years, and is not a grant from tax payers revenue. Military and rescue charities are among those entitled to submit an application for funding from Libor. Cornwall Air Ambulance is not allowed to use the money for anything other than putting towards the cost of a new air ambulance in future years.  For this reason, the continued fundraising support from the public remains absolutely essential.

Everyday up to three people in Cornwall have a serious accident or fall seriously ill and need the air ambulance. For them and their families it is the worst time of their lives. The sound of the helicopter coming brings feelings of sheer and utter relief. It might seem like the charity is planning a long way ahead, but the trustees take very seriously the matter of how to use funds raised in the best way possible for the patient, not just today but also in the future.

Cornwall Air Ambulance gives many talks in the community and holds open days throughout the year. We often hear the public saying the Government should contribute more to air ambulances. Crucial to the success of the bid for Libor funding was the support of all six of Cornwall’s MP’s who have worked closely with the charity and HM Treasury in helping to ensure that Cornwall was fortunate enough to be chosen for a grant. 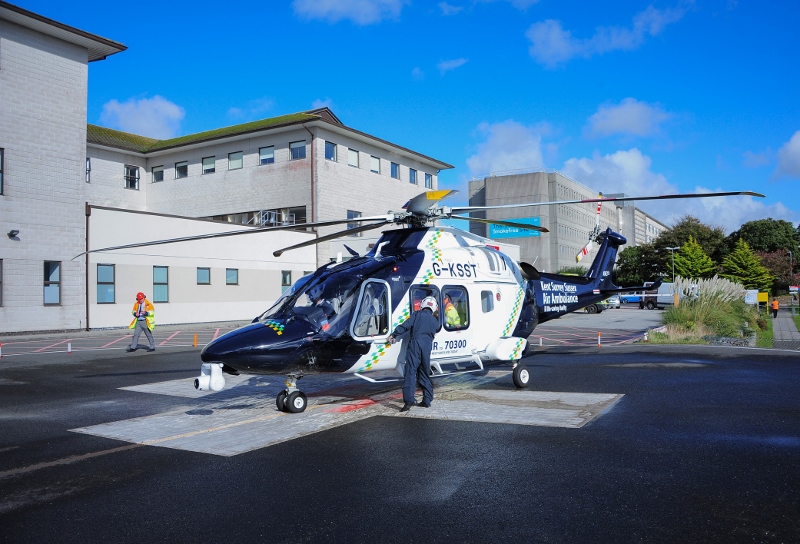 Several new models of helicopter have recently been certified by the aviation authorities in the UK. Some other air ambulance trusts have already placed orders. Cornwall Air Ambulance was able to borrow two helicopters earlier in the year, and “test drive” them, including one belonging to Kent Surrey and Sussex Air Ambulance Trust, and another operated in East Anglia and flown by air ambulance pilot HRH The Duke of Cambridge.

The Cornwall Air Ambulance Trustees will make further announcements next year about the future plans.