Cornwall Air Ambulance carried out 81 missions across the county in February with more than 1 in 3 missions to people suffering from heart related problems such as cardiac arrest.

A total of 51 missions were flown in the air ambulance helicopter and 30 were carried out using the charity’s critical care cars.

Cornwall Air Ambulance paramedic Steve Garvey said: “It has been another busy month for us, with an unusually high number of people suffering from cardiac related problems.

“As critical care paramedics we have specialist life-saving equipment to help people suffering from these conditions. Using our LUCAS chest compression system allows us to provide the same quality of compressions for all patients over time, reducing crew fatigue and freeing us up to focus on other life-saving tasks to increase the likelihood of survival.

“As a charity, we rely on donations to keep the air ambulance flying which means not a single one of the 81 missions could have been flown without the support of the people of Cornwall and beyond. Your support really does save lives.” 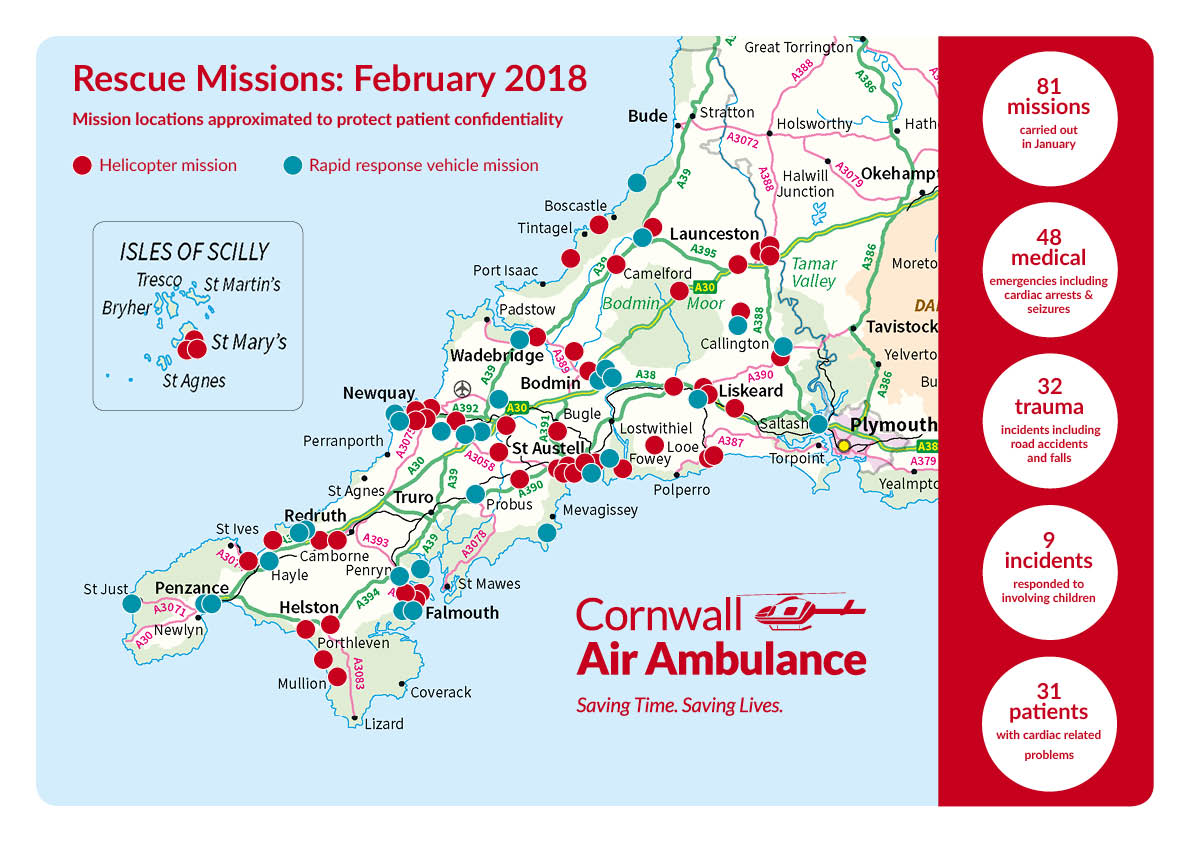