September proved to be another busy month for Cornwall Air Ambulance with its crew carrying out 87 missions to people in need of urgent medical care throughout Cornwall and the Isles of Scilly.

Throughout September a total of 73 missions were flown in the air ambulance helicopters and 14 were carried out using the charity’s critical care cars.

Medical emergencies accounted for 46 missions, including 29 people suffering from heart related problems. There were also 36 missions to people who suffered serious injuries, including 15 traffic accidents and 10 serious trips and falls.

Nr St Austell – a man suffered a back injury after falling from a height. He was treated at the scene and air lifted to Royal Cornwall Hospital, Treliske

Liskeard – a person was hurt on a farm resulting in a leg injury. The air ambulance treated them on scene and air lifted them to Derriford Hospital.

Callington – a passenger suffered injuries after being in a road traffic collision. They were treated at the scene and air lifted to Derriford Hospital for further treatment.

Each year, the crew of Cornwall of Air Ambulance carries out more than 700 lifesaving missions, costing an average of £4,000 per mission. The charity doesn’t receive any government funding towards its running costs and so relies on donations to carry out its work. 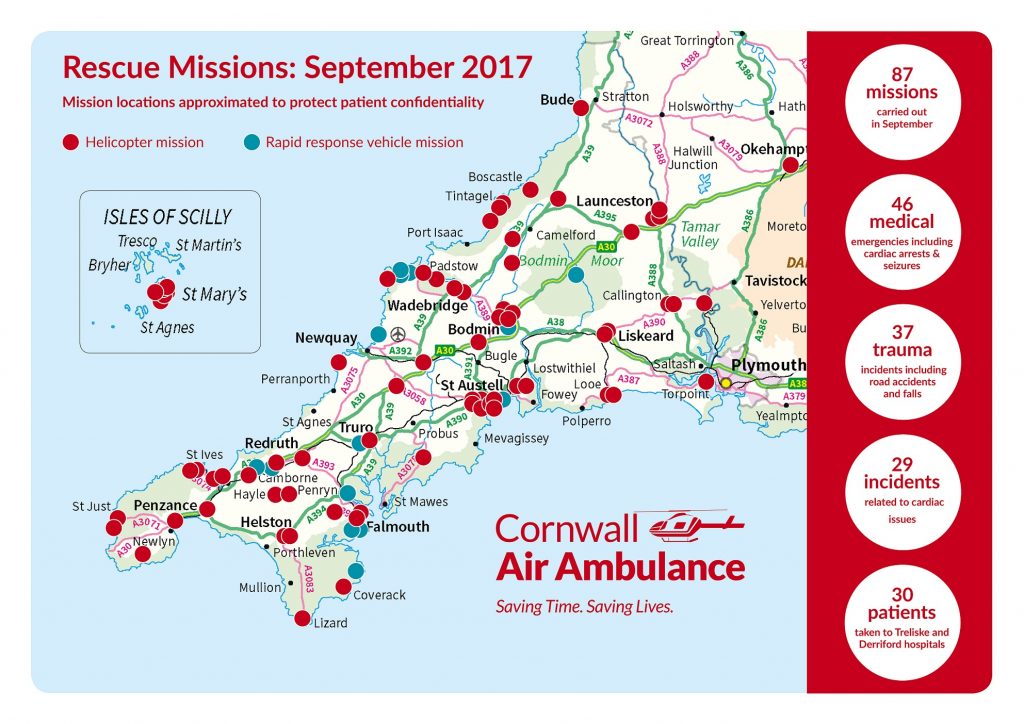