Anne Marston, from St Austell, had been enjoying a ride on the beach when she was thrown from her horse back in July 2021.

It was a beautiful summer’s day at Perranporth, near Newquay, when she had joined the local riding school, along with her sister, for a gallop on the sand.

But things changed very quickly when Anne, who has been riding for most of her life, found herself flying through the air and landing with a particularly hard thump, after the horse bolted.

“I knew I was falling quite awkwardly because of the way I was flung, but, because of the sand, I sort of thought I was going to be fine. Then I hit it, and my first thought was ‘God, that was hard.’”

The fall left Anne with three pelvic fractures, and a badly dislocated left shoulder that had a further two breaks in it – despite full body and head protection.

With fears that moving her could make the injuries worse, the air ambulance was scrambled due to the awkward location. On arrival, Anne, who was in absolute agony, was given three doses of ketamine in a bid to keep the pain at bay.

“I didn’t see the helicopter come down, but I heard it. It was a lot of noise.

“When I did hear it, though, I just thought thank goodness – someone who knows what the problem will be and what to do.”

After the crew got Anne into the helicopter, she was flown to Treliske where she faced seven weeks in hospital recovering. And, though she’s still in the recovery process seven months later, without the body protection and quick work on the crew, she feels it could have been a lot worse. 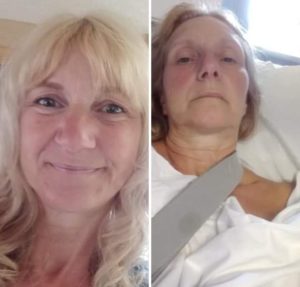 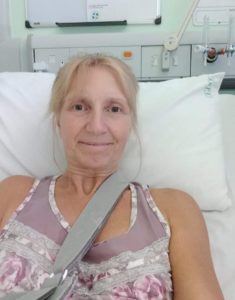 Now, she’s planning to join the Snowdon At Night challenge this summer, to raise funds for Cornwall Air Ambulance. She’s still limited on movement in her left arm but, while she can’t do some of her favourite activities, walking has been a small salvation.

“I was absolutely devastated that I’d used funds – well-needed funds – for myself so I was really upset about that, so I started looking on the website pages for fundraising.

“With the Snowdon challenge, I just thought I’ll be able to do that by then. It’s an achievable goal for me. It will be good.

“If I could say anything to the crew right now, it would just be ‘thank you’.”

Want to host your own fundraising challenge? Discover our events page right here.