Emily was just 18 months old when she became seriously ill in October 2016. After being sick for a few days, Emily’s health deteriorated rapidly.

Showing the early signs of sepsis, she needed to be taken to hospital for treatment as quickly as possible.

When the crew of Cornwall Air Ambulance arrived at her home in Bodmin, Emily was unconscious.

Mum, Claire, said: “When I saw Emily, her body was completely limp, she was unresponsiveness so I knew something was seriously wrong. It was all a daze, when they said the air ambulance was coming it took everything up a level.”

Claire made the journey in the air ambulance helicopter with Emily. They arrived at hospital in Truro in under 15 minutes. Emily was treated for sepsis and spent the next five days in hospital.

Claire added: “We’re blessed she’s made a full recovery. If we as a county didn’t have an air ambulance, I might not have a daughter.”

A happy and healthy Emily will be starting primary school this year. 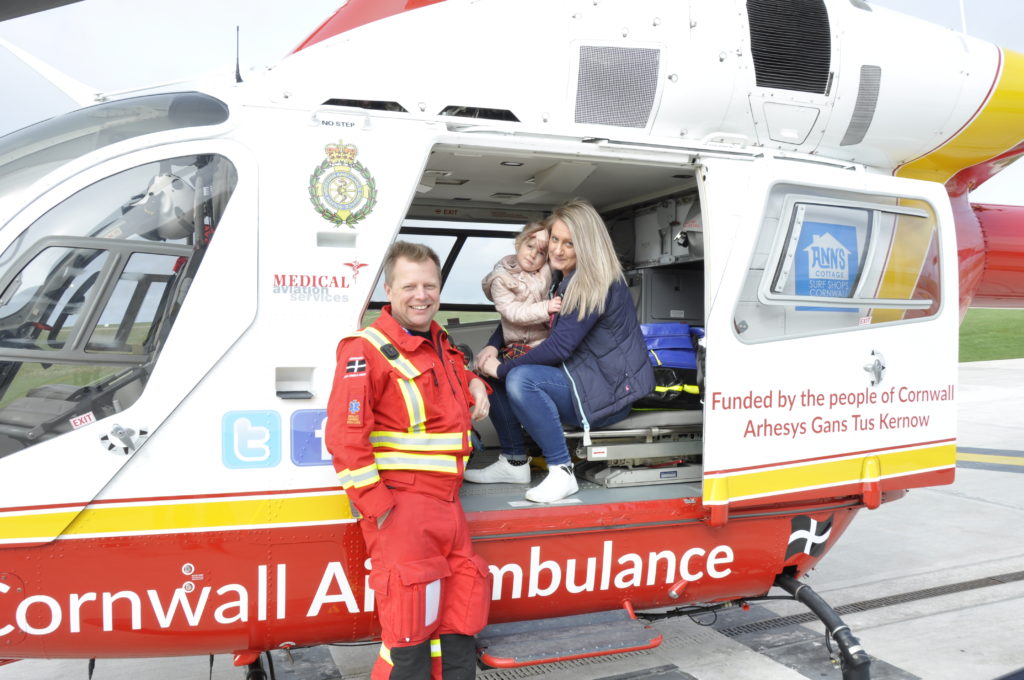