No one expects to need the air ambulance when they visit Cornwall. But that is exactly what happened to Grant when he came to the county on a family holiday.

The family was travelling on the A30 near Bodmin when a sudden hailstorm caused the driver to lose control of the car. It rolled three times, throwing Grant on to the road in the process.

Grant suffered a head injury and was found unconscious on the road. Cornwall Air Ambulance was tasked to the incident.

The A30, which was busy with Easter holiday traffic, was closed in the eastbound direction for the helicopter to land.

The charity’s paramedics assessed 10-year-old Grant and he was airlifted to Royal Cornwall Hospital. Due to the severity of his head injury, he was later transferred to Frenchay Hospital in Bristol, where he spent nine days in a coma.

Grant said: “My parents were taught to expect the worst, they were at my bedside the whole time. I think if I hadn’t been airlifted it would have been a lot worse; the speed I got to hospital saved my life.” 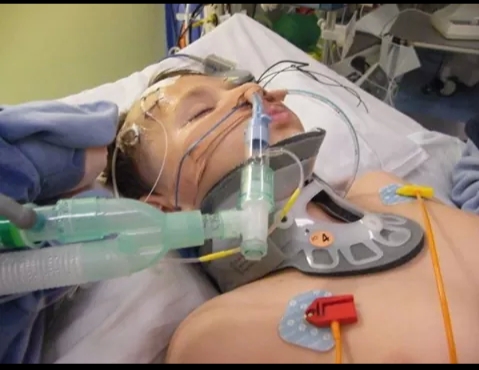 Following surgery on his brain, Grant had to relearn to walk and spent months in rehabilitation. More than 10 years on, the accident still has a lasting impact on Grant. This year, he is preparing to return to Cornwall for the first time since it happened.

Grant added: “I face challenges every day because of the incident. I have a huge gap in my memory from that period of my life. It’s a bit nerve wracking coming back, but it feels like the right time.”

On average a fifth of patients helped by Cornwall Air Ambulance are visitors to the county.  Find out how you can help support more people like Grant here.