John Larter was watching Countdown one Thursday afternoon, when he suddenly felt unwell. Within minutes he collapsed on the living room floor.

Wife Anita witnessed the fall. She said: “At first I thought he had fainted, but he never got back up. He was moving around the floor, I didn’t know what was happening. You just go into auto-pilot, I rang 999 and they started going through the steps of what I should do.”

The 78-year-old had suffered a heart attack and was struggling to breathe. A first responder with South Western Ambulance Service was the first to arrive at the couple’s home in Padstow on 25 July. Struggling to handle John, who was now in a combative state, a second responder and further ambulance crews were called to the scene.

Aware that John was in a critical condition, the ambulance crew requested the help of Cornwall Air Ambulance. The helicopter landed nearby at Padstow School.

John was taken straight into the Intensive Care Unit and placed into an induced coma. He was in a coma for three days and woke with little memory of what had happened. He spent a further 12 days in hospital and had stents inserted to his heart.

He said: “At the hospital, they told me if I’d come in even a few minutes later I wouldn’t be here. If I had gone by road, in the height of summer, I’d never have made it. I want to thank everyone for their help.”

John recently visited Cornwall Air Ambulance to meet the crew that helped him that day. 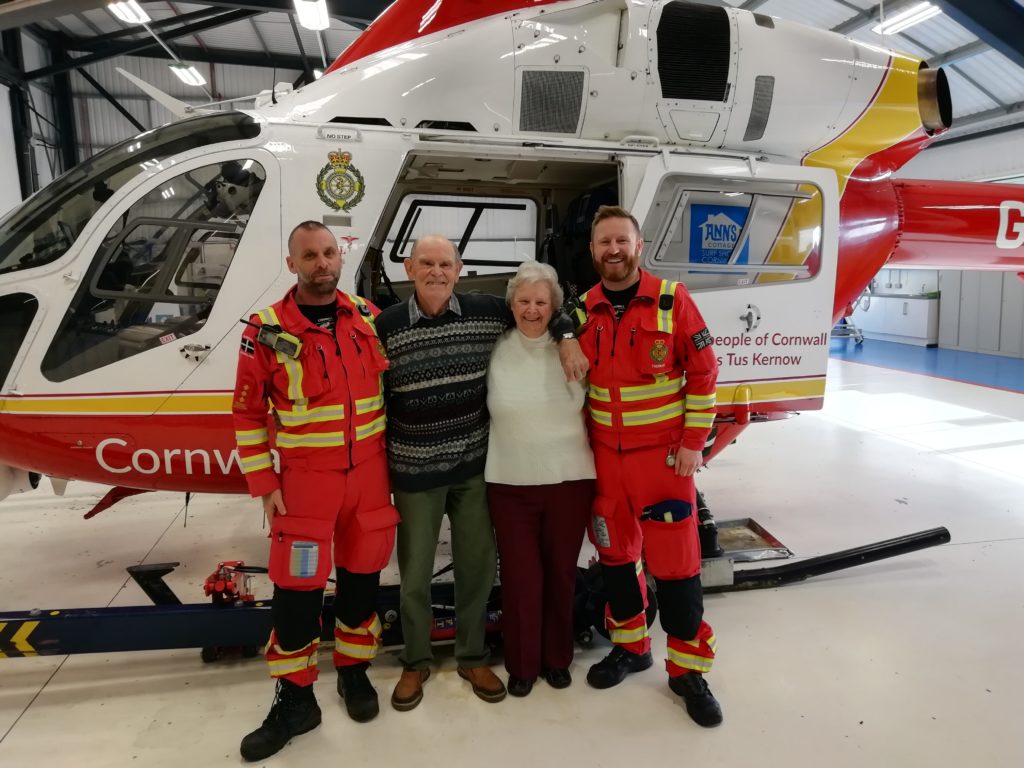