A Sunday morning run on his motorbike turned into a trip in an air ambulance for Martin Michell when he was injured in an RTC.

The incident happened on Sunday 15 August, when the road was busier than usual with Boardmasters Festival traffic.

Martin said: “We had a family holiday to Bath planned for the next day, so I thought I’d just take a run on the motorbike before we set off. The day was brightening up, I headed along the coast into Porth. The cars all stopped in a line, I came out to pass by and had an incident with a vehicle. I was ejected over the other side of the footpath. I remember the force of the impact and lying on the ground looking up. I was in agony.”

Drivers on scene were the first to come to the 56-year-old’s aid, including an off-duty nurse and doctor. Officers from Devon and Cornwall Police arrived on scene and quickly shut off the road.

Cornwall Air Ambulance was tasked and landed nearby on Porth Beach. Critical care paramedics Kris Lethbridge and Mick McLachlan, along with Dr Ian Higginson attended to Martin, who suffered an ankle injury and a smashed clavicle.

The team were able to provide enhanced care before Martin was airlifted to Royal Cornwall Hospital- a journey which took just eight minutes. He underwent a CT scan and had his foot sutured.

Martin added: “I was in a lot of pain, and they couldn’t rule out internal injuries- but the crew really reassured me. Once I got to hospital and I knew everything was fine, I thought ‘did that really happen’? It was surreal. I ruined the family holiday, and the motorbike, but I’m here. I’m so thankful to everyone on site that day.” 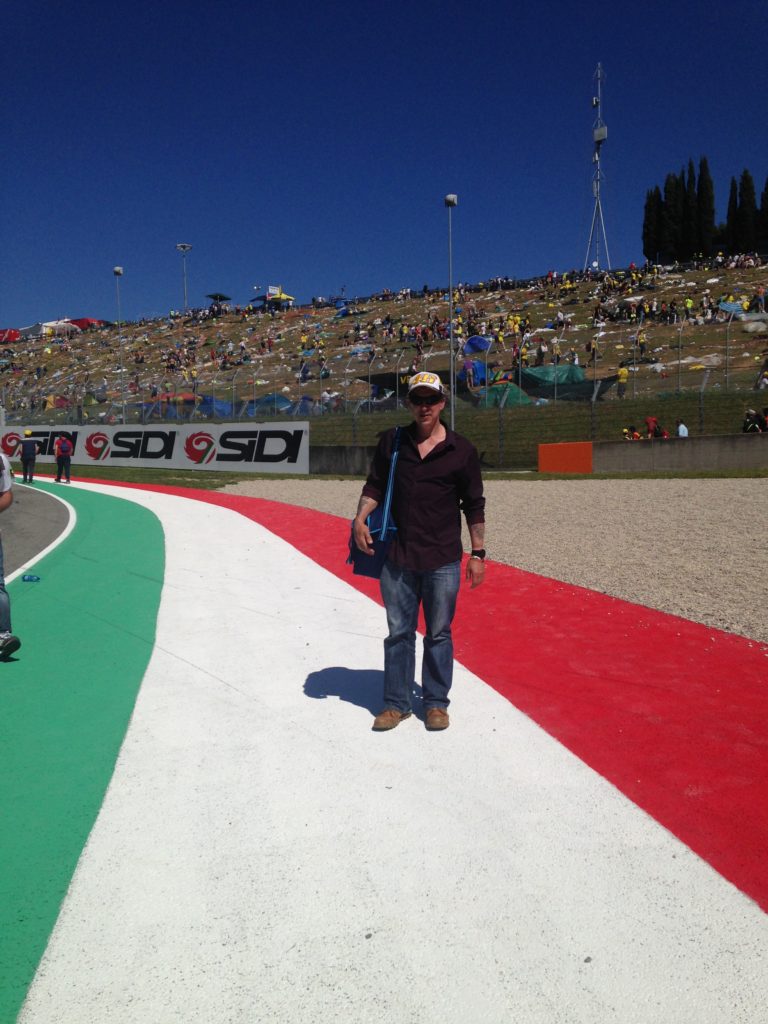