Paul was one day into his family holiday in Hayle when he became seriously unwell. July 21 started with a trip to the beach and ended with a ride in the air ambulance. Here Paul tells his story.

“My family and I had travelled from South Wales to Riviera Sands Holiday Park the day before and we were looking forward to another great holiday break at our favourite place. We planned a nice relaxing day on the beach and the weather was amazing. I had been for a swim and was standing in the sea watching my two sons, Ellis and Evan, playing. We were all relaxed and enjoying the nice time after a hard year.

“My wife Lindsay joined me when I suddenly felt strange. I turned to say I was going to sit down for a while, but did not get the chance. The next thing I can remember is coming round face down in the water.”

Lindsay raised the alarm with RNLI lifeguards who came to assist and called for the ambulance service. With suspected cardiac-related issues, Cornwall Air Ambulance was tasked to the scene. The helicopter landed nearby on the beach.

“The whole incident is rather vague, but I can remember hearing the helicopter and then as it got nearer, I realised it was coming to me. I felt scared then, I knew it must be serious.”

Critical care paramedics assessed Paul, before transferring him to the helicopter. He was flown to Royal Cornwall Hospital- a journey which took just 10 minutes by air.

“The air ambulance was amazing at getting me off the beach fast, which would have been very hard due to the terrain and the fact I am no small lump. I am on the mend thanks to all the people who helped me and my family that day.”

Paul is planning to return to Hayle in the future for another holiday and hopes to meet the crew who helped him. 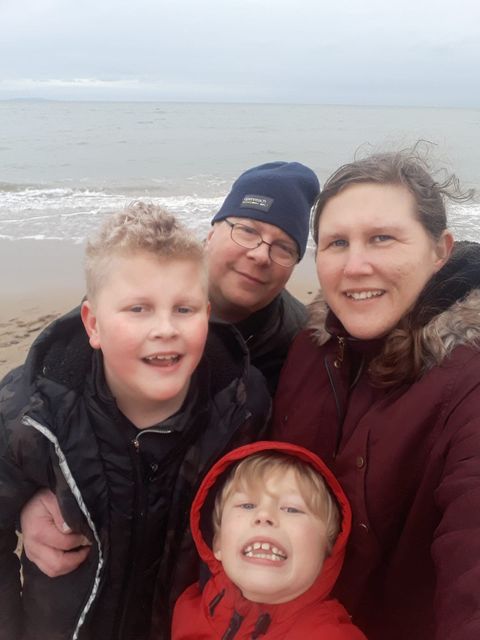