Rebekah was on a coast walk with her family on a hot day last summer, when life changed in an instant. On route for a swim at Lamorna on 24 June 2020, she rolled her ankle on a stretch of the path and fell over 50ft off the side of the cliff.

Rebekah landed on her back on a small ledge, perilously close to a huge drop down to the sea. Her sister who witnessed the incident clambered down to help, while her sister-in-law raised the alarm. 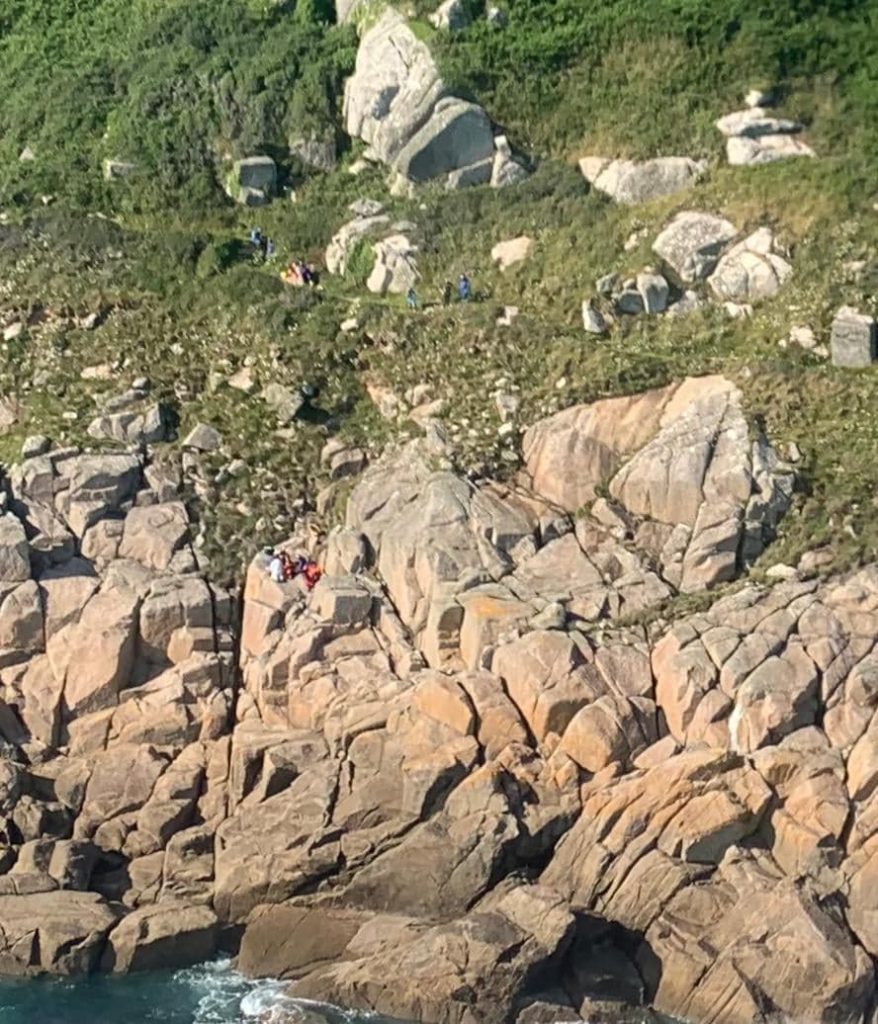 Rebekah said: “I remember that awful feeling of falling and there was nothing underneath; I was trying to claw at the grass. My head hit the rock on the bottom, which was really painful, I remember hearing my sister scream.”

Cornwall Air Ambulance was tasked to the incident, but given the steep cliffs and loose terrain, had to land on a headland some distance away. Critical Care Paramedics Pete and Jeremy made the rest of the journey on foot with all their medical equipment. They were joined by a doctor from BASICS and the Land’s End Coastguard Rescue Team. 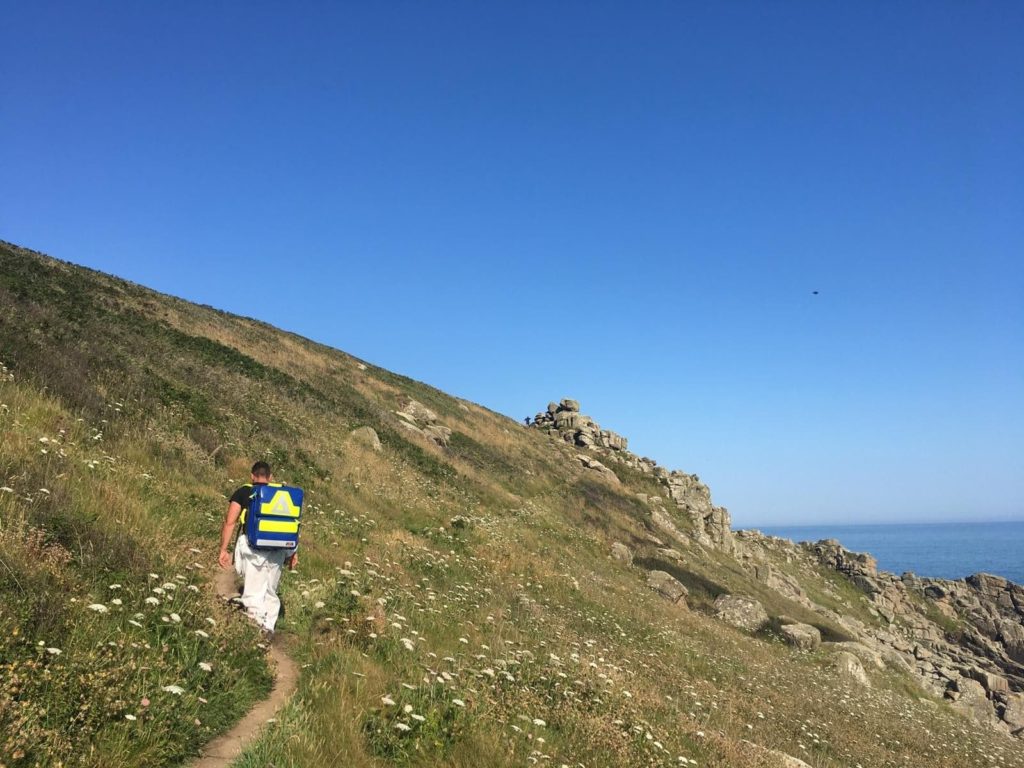 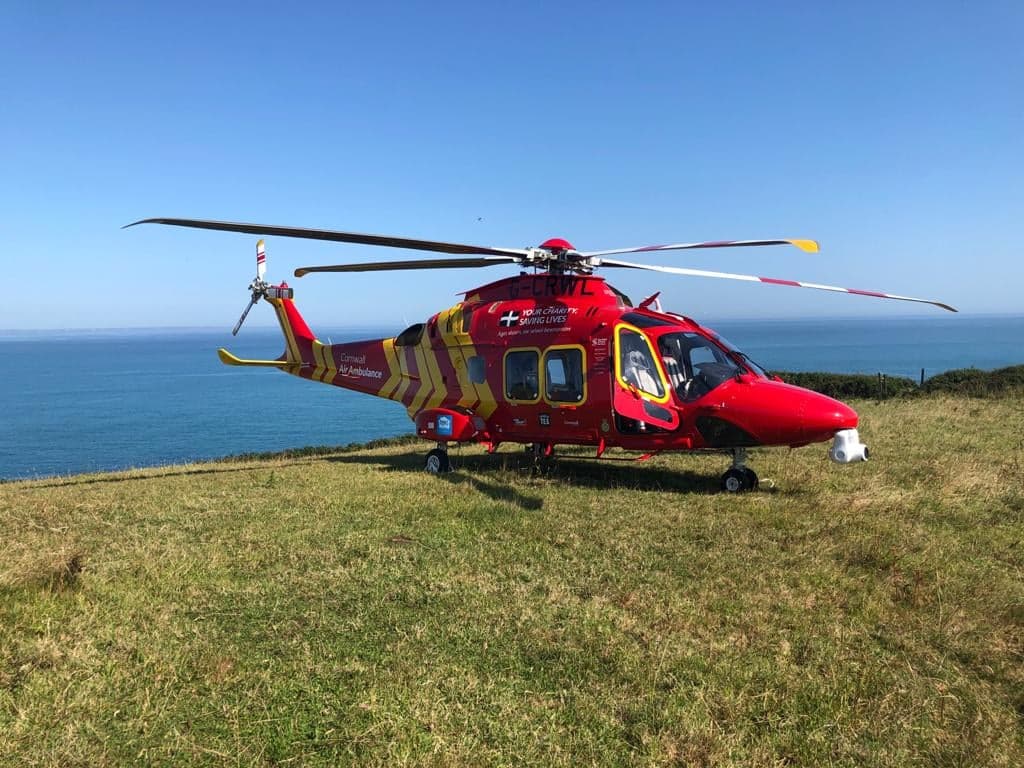 Pete Storer, Critical Care Paramedic, said: “It’s definitely one of the most hazardous areas I have worked in. There was only space for four people, we were confined to a tiny ledge suspended precariously above a sheer drop of over 100ft on to rocks. Reaching Rebekah it was obvious she was in a great deal of pain, we suspected she had a spinal injury and were concerned about internal bleeding from such a significant fall.  Due to the location, we knew an aerial winch was the only way to get Rebekah off the cliff safely.”

The crew secured Rebekah and their equipment safely to the cliff while they waited for the search and rescue helicopter. The coastguard helicopter crew winched Rebekah from the scene and transferred her to Royal Cornwall Hospital. 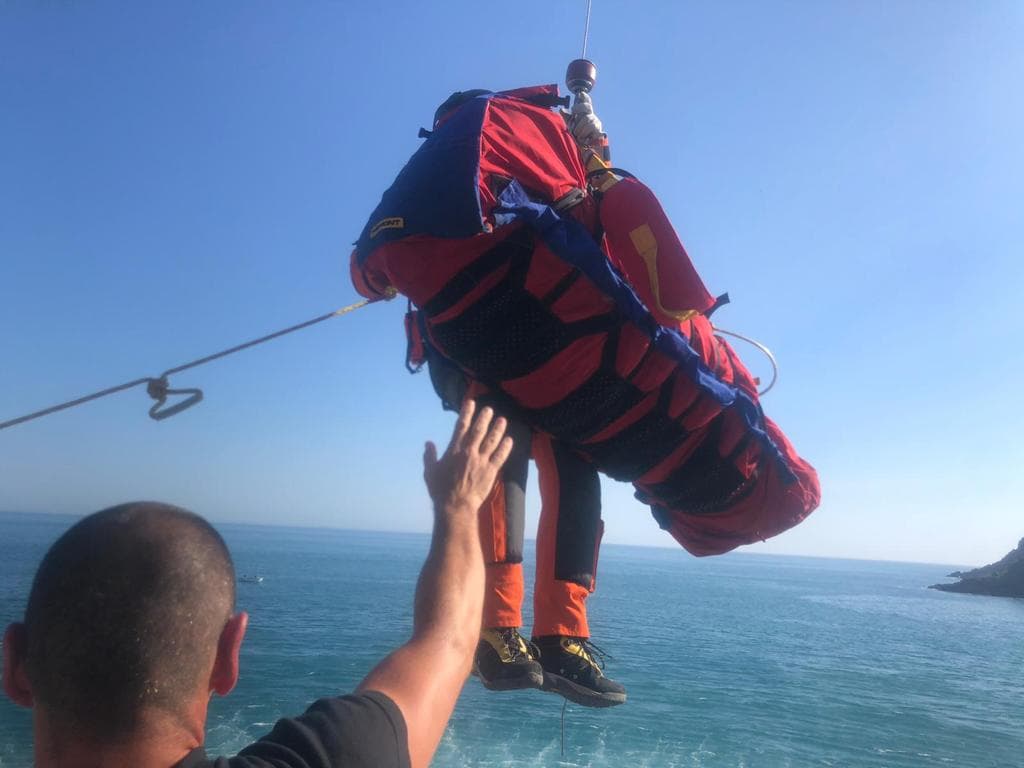 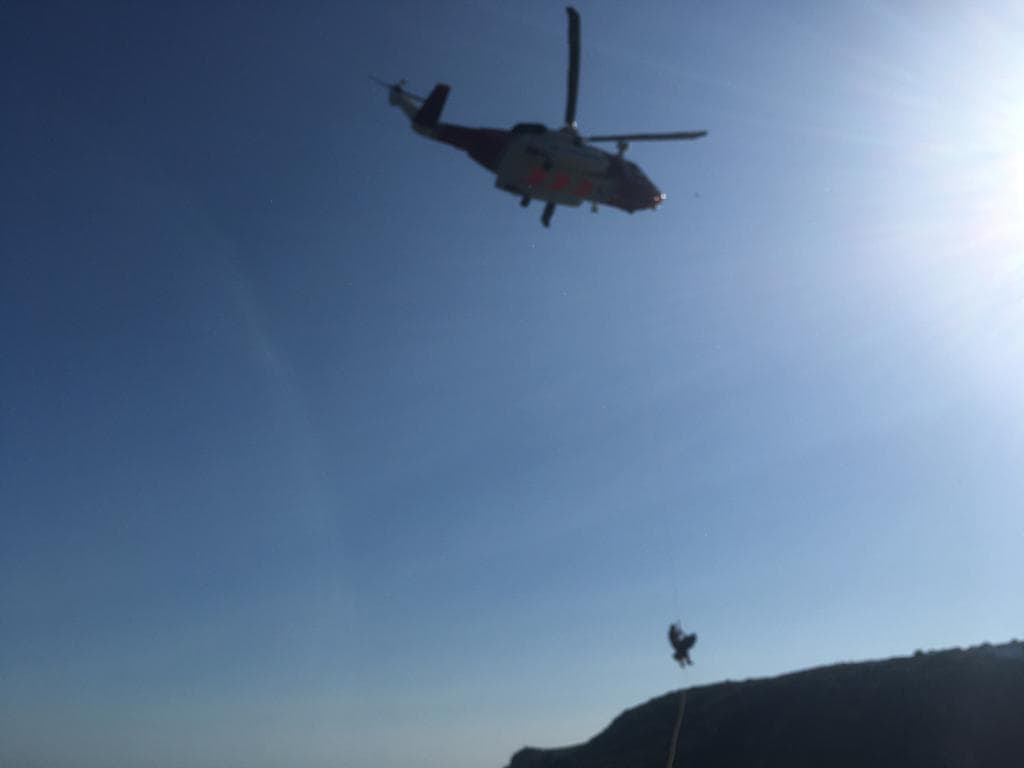 Rebekah was taken for a CT scan which revealed a head injury but no bleed. She suffered six lumbar fractures but was fortunate not to need surgery.

She said: “I thank god that day. If I’d fallen 2ft further over I’d have went right off the edge. I remember thinking it was surreal- I was so scared being winched by the helicopter. The crew were just incredible, I owe my life to them. The doctor said they rarely attend someone who falls that distance and survives.”

Rebekah was moved to West Cornwall Hospital, where she works as a physiotherapist. She spent five days in hospital and had to walk with a frame and crutches for several weeks. She returned to work in September, however she has yet to walk on the coast path since the incident.