A driver who suffered a cardiac arrest while delivering parcels has thanked the team of people who saved his life.

Chris Barendt,63, was on his Amazon delivery route near Portreath when he collapsed at the wheel on 30 March 2021.

The van came to a sudden halt on the road, prompting drivers in nearby vehicles- including RNLI lifeguards Tom McRitchie and Graham Fisher to pull over to help. Unable to open the van door, they smashed the window and pulled Chris on to the road to commence CPR along with passer-by Colin Grant, while they awaited the emergency services.

Chris said: “Everyone says it’s a miracle. Those on scene that day all thought I was dead- I technically was for 27 minutes. It is testament to the actions of the lifeguards, the passers-by, ambulance crew and air ambulance that I am here today. What can I say- thanks just isn’t enough!”

Responders from South Western Ambulance Service NHS Foundation Trust (SWASFT) arrived on scene, including a volunteer Community First Responder. They shocked Chris seven times with the defibrillator before he regained a pulse.

Cornwall Air Ambulance was tasked to the incident, landing in a nearby field in just 12 minutes. The charity’s paramedics sedated Chris and put him on a ventilator to transfer him to Royal Cornwall Hospital.

Thomas Hennessy Jones, Critical Care Paramedic for Cornwall Air Ambulance, said: “Fewer than 1 in 10 people survive an out-of-hospital cardiac arrest. For Chris to not only survive, but to be back to full health is remarkable. I don’t meet many patients that have had such a successful story. The key to success is the chain of survival: early intervention, early CPR, early defibrillation, and post-resuscitation care. It’s a team effort, only when all the links come together does it work for that person.” 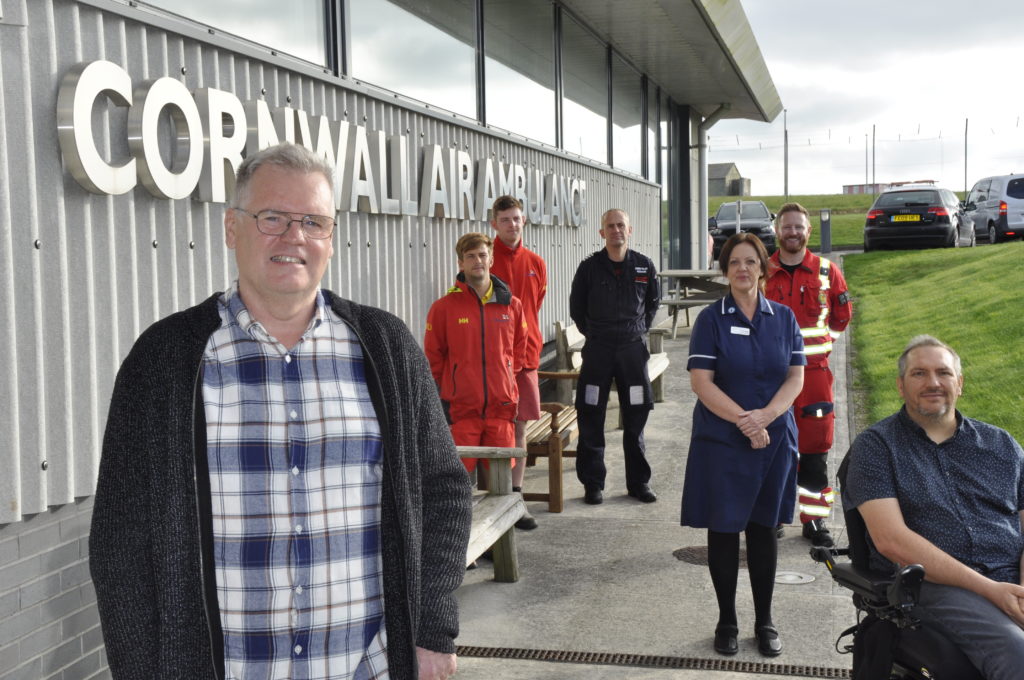 Just 48 hours later, doctors at the hospital were amazed when Chris was sat up in bed talking. He spent two weeks in hospital before returning to his home in Penryn.

Chris and his family are backing Restart a Heart Day which encourages as many people as possible learn lifesaving CPR and defibrillation skills, so that more lives like his have the potential to be saved in the future.

He added: “For people to survive in these situations, it’s really important that everyone knows how to do this. The actions that happened in the first five minutes and beyond made all the difference, it gave someone like me a chance.”