Cornwall Air Ambulance was tasked to Gwithian this afternoon (Thursday 10 October) after a walker was injured in a fall from rocks.

The helicopter landed on the beach at around 1.30pm to transport paramedics to the scene, before relocating to the top of the cliffs to avoid the incoming tide.

The female casualty fell around 20ft from the rocks on to the beach below, sustaining a leg injury. 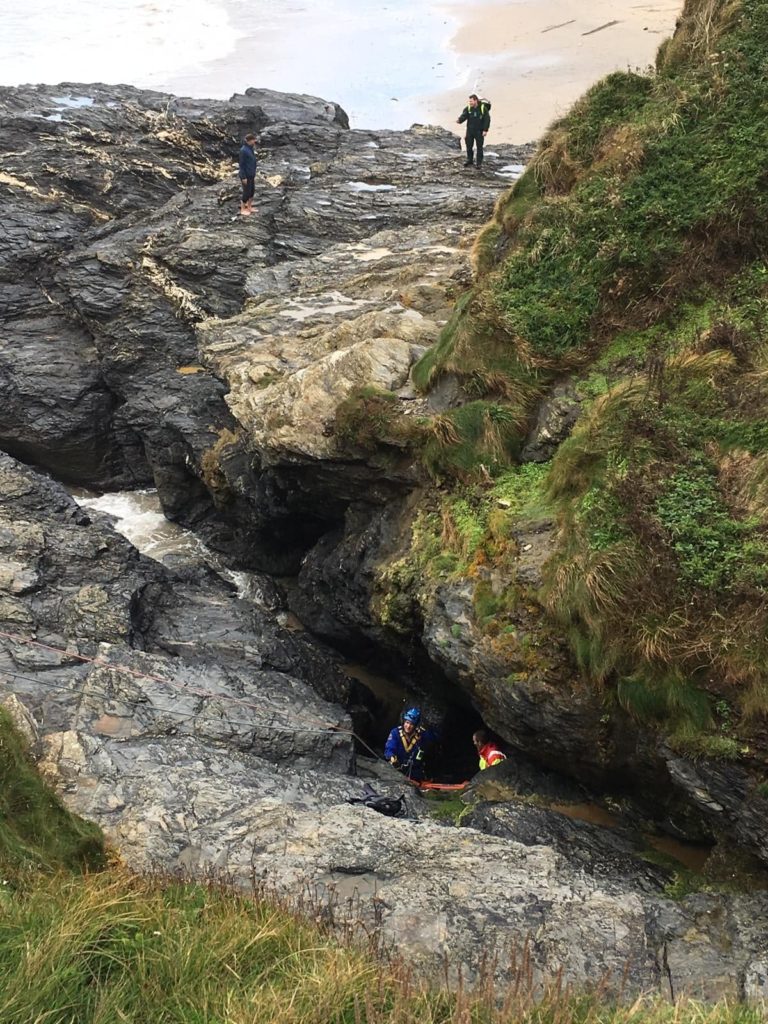 Critical Care Paramedic, Pete Storer, assessed the casualty and administered pain relief, while Coastguard Rescue Teams from Portreath and St Ives set up a rope line to winch them out.

Pete Storer, Critical Care Paramedic for Cornwall Air Ambulance, said: “The patient’s injury made it impossible for her to climb out, so we worked alongside the coastguard team to safely bring the casualty to the top of the cliffs on a stretcher. It was a challenging scenario, particularly as we were working against the incoming tide.” 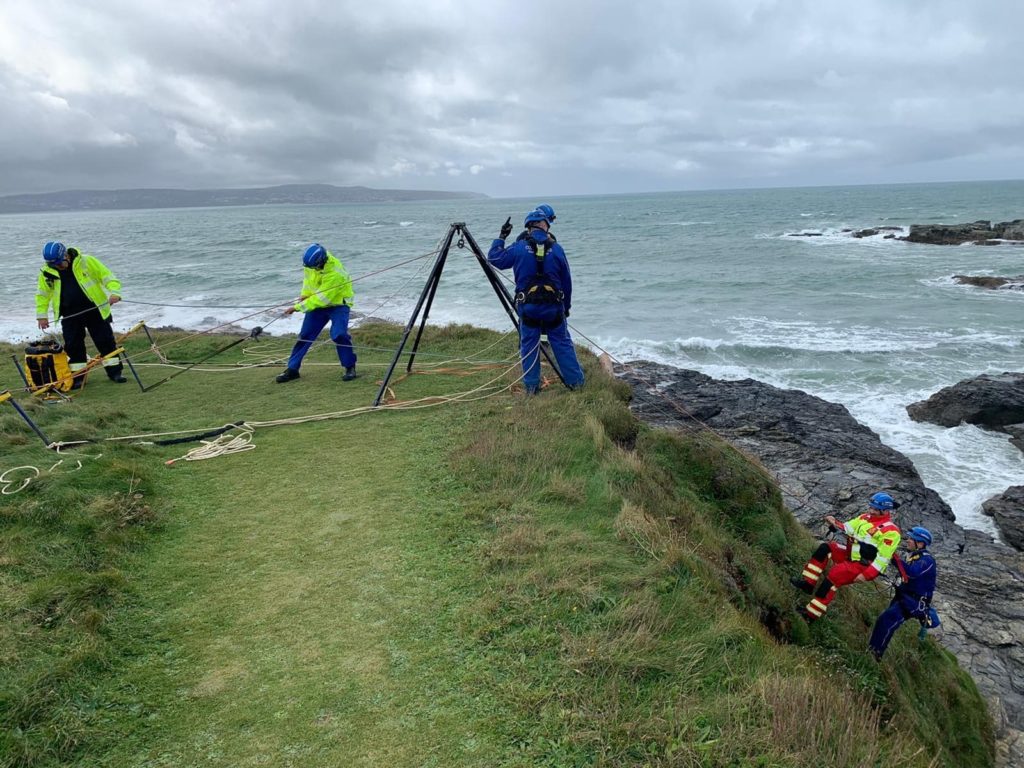 The patient was transferred into the care of South Western Ambulance Service and taken to hospital in a land ambulance.

Cornwall Air Ambulance returned to base at 3pm.