Lisa Ball takes the team of paramedics up to eight. She was selected following a rigorous recruitment process, which was held at the airbase for the first time. Candidates had to respond to medical and trauma scenarios, undergo a swimming and fitness test, as well as an interview and written exam.

Lisa worked for South Western Ambulance Service Foundation Trust for 12 years, with the last three years as an Operations Officer in East Cornwall. In her role as a Trainee Critical Care Paramedic, she will spend the next year developing her medical skills.

Lisa said: “It’s always been a goal of mine to work on the air ambulance. I’m looking forward to extending my knowledge and being able to provide more specialist care to patients within a challenging environment.”

You may have already seen Lisa, as she’s been fundraising for the charity in recent years including the London Half Marathon and a Sky Dive in 2018. 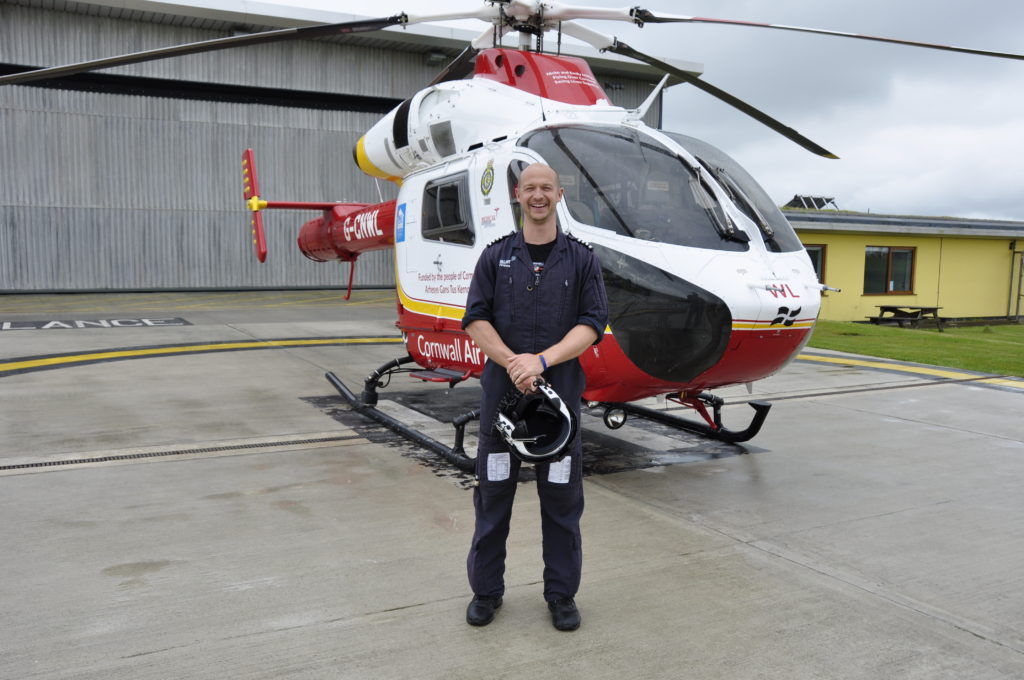 Pilot Adam Smith is the next new addition to the aircrew. Adam learned to fly in Florida and spent two years working there, before returning to the UK. Much of his early experience was gained flying helicopters offshore for the oil and gas industry in Aberdeen and the Shetland Islands.

In recent years, Adam joined Kent, Surrey and Sussex Air Ambulance as a HEMS pilot where he flew in both the MD902 and the AW169 helicopters. Moving back to his native Cornwall, Adam has replaced Craig as full-time pilot with Cornwall Air Ambulance.

He said: “Flying over Cornwall is just incredible. I’m looking forward to the challenges of the job, which in Cornwall is often the unpredictable weather and unusual landing spots!”