In May 2019 Claire Walters was on the first day of a cycle from Land’s End to John O’Groats when she was involved in a collision with a car. The impact left her critically injured and unconscious on the road in Polperro.

Cornwall Air Ambulance was tasked to the incident. On board were Chief Pilot Adam Smith, and Critical Care Paramedics Steve Garvey, Lisa Ball and Kris Lethbridge.

They administered enhanced drugs to Claire, before she was airlifted to Derriford Hospital in Plymouth. She underwent surgery and spent days in intensive care.

Claire said: “I’ve become very aware of critical care since my accident and in particular the importance that minutes and seconds play in maximising survival chances and minimising life-changing injuries. Without the swift intervention and access to lifesaving equipment and expertise within the hour, delivered by Cornwall Air Ambulance, my situation may have turned out very differently.

“What can you say to the people who saved your life, it feels like thank you doesn’t cut it. It goes without saying that I will be forever grateful for what they did for me personally that day – I owe them a debt which can never be repaid.”

Since her incident, Claire has taken on the challenge of raising money for Air Ambulance charities across the country. As Unipart’s Chief Commercial Officer, she decided to get some of her colleagues involved too. The team completed the Thames 100 walk, and this year cycled 450km from Wiltshire Air Ambulance to Cornwall Air Ambulance- where Claire was reunited with the crew that helped her. 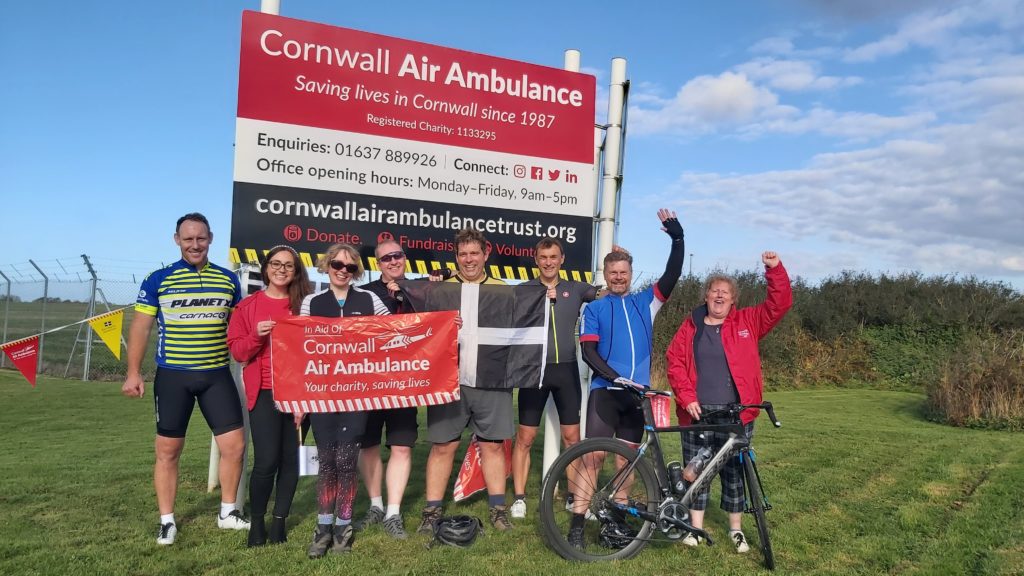