Captain Craig Webster flies his last mission with Cornwall Air Ambulance today (April 25) after seven years as a pilot with the charity.

Since joining the team full-time in 2012, Craig has flown more than 2,000 missions in the charity’s air ambulance helicopters, helping the paramedics reach patients as quickly as possible all over Cornwall.

Navigating unpredictable weather, landing in all sorts of places and the opportunity to fly a single pilot aircraft attracted Craig to the job, which he says is the “ultimate flying challenge”.

“I’ve been flying for 20 years now and I’ve gained so much experience in this role. Part of the job is knowing how far you can go, what you can do and what the aircraft can do to reach people safely.  I wanted to do my part to help people and it’s great when patients come back to visit.

“It’s been a great job, I’ve enjoyed working with all the paramedics, we have a laugh and a lot of shared experiences. I’ll miss working with the team here.”

During his time at Cornwall Air Ambulance Craig has piloted the EC 135 and most recently the MD 902 Explorer helicopters. 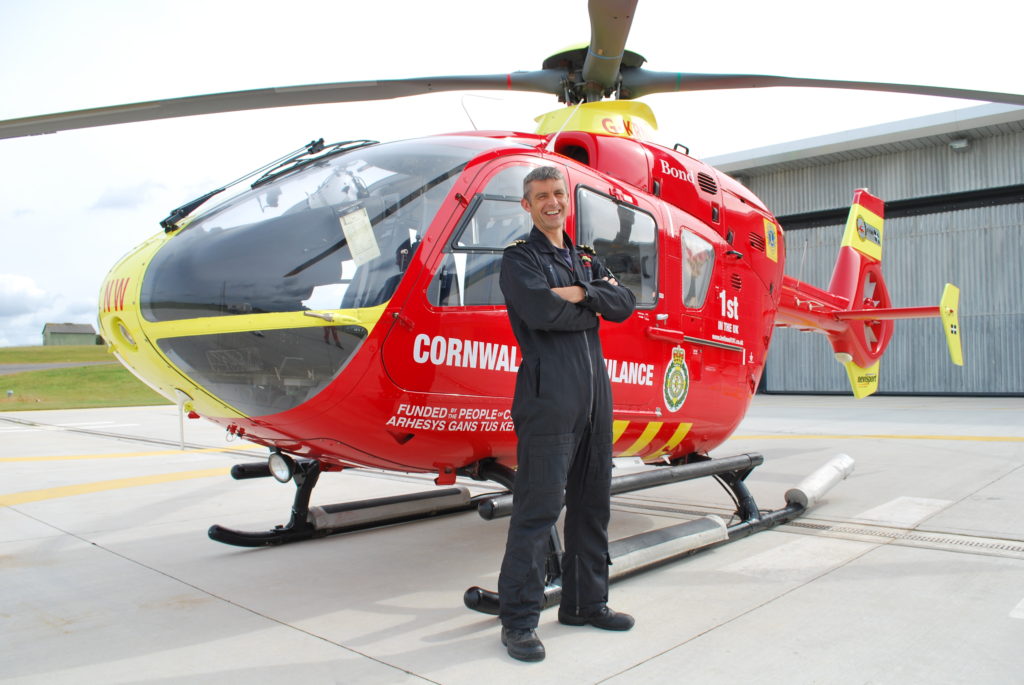 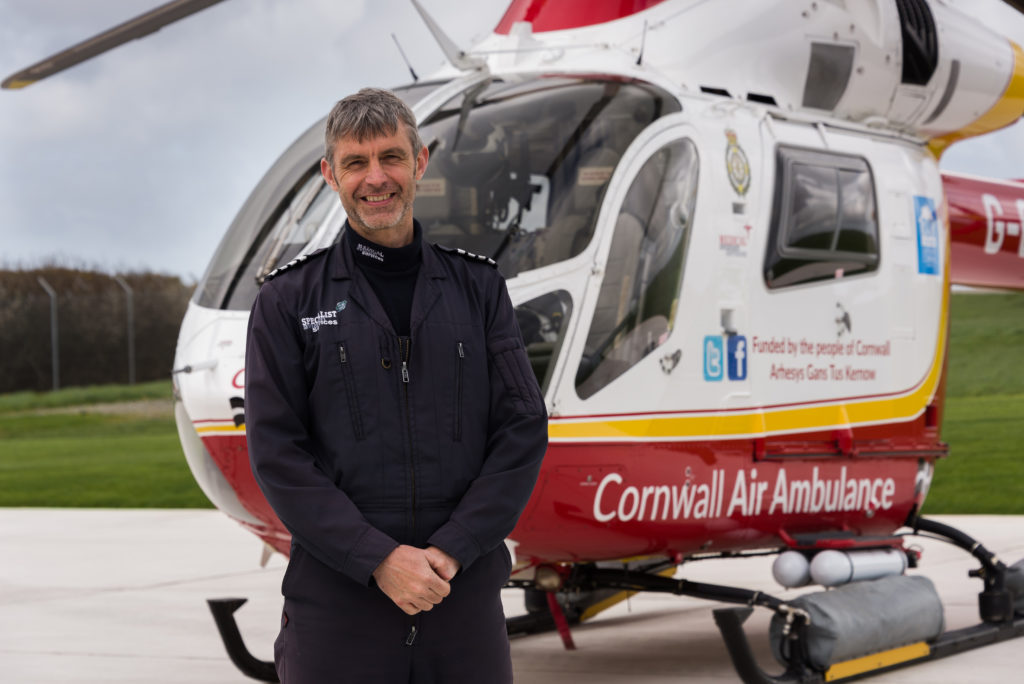 Doug Pye, Chief Pilot for Cornwall Air Ambulance, said: “Craig’s been a joy to work alongside; a very experienced professional pilot with a keen eye on all aspects of aviation; he has an incredible attention to detail for everything, even the more mundane tasks like paperwork. He has an amazing sense of humour, and always on hand to lighten the mood during any quiet times! He’s left some big shoes to fill, and I, along with the whole team wish him the very best of luck in his new adventure.”

Not only has Craig been an incredible pilot, but also an ambassador and fundraiser for the charity. Over the years, he’s taken part in challenge events, including seven marathons in seven months, sponsored cycles and pub quizzes to do his part to help fund the missions.

Paula Martin, Chief Executive of Cornwall Air Ambulance, said: “I am personally very sad that our charity team is losing Craig to pastures new. Not only is he a fantastic helicopter pilot, but together with his wife and children he has helped raised thousands of pounds for Cornwall Air Ambulance.

“So many families have told me how brilliant Craig was at the scene of an emergency, or whilst waiting with the helicopter on the helipad at the hospital, often spending a few minutes to talk to children who were passing by. When I am giving talks in the community, I often recount the story of when he landed the air ambulance in a garden near St Mawes, much to the surprise of the owners who were having a cup of tea in the conservatory. The paramedics often joke that Craig would know where to land near to a teapot.

“I know that the paramedics and doctors have valued working with Craig. As a HEMS pilot he has given them complete confidence in every mission they have flown together. We all wish him every success in the next phase of his career flying helicopters.”

Craig will take up a new role as an offshore pilot in Equatorial Guinea.