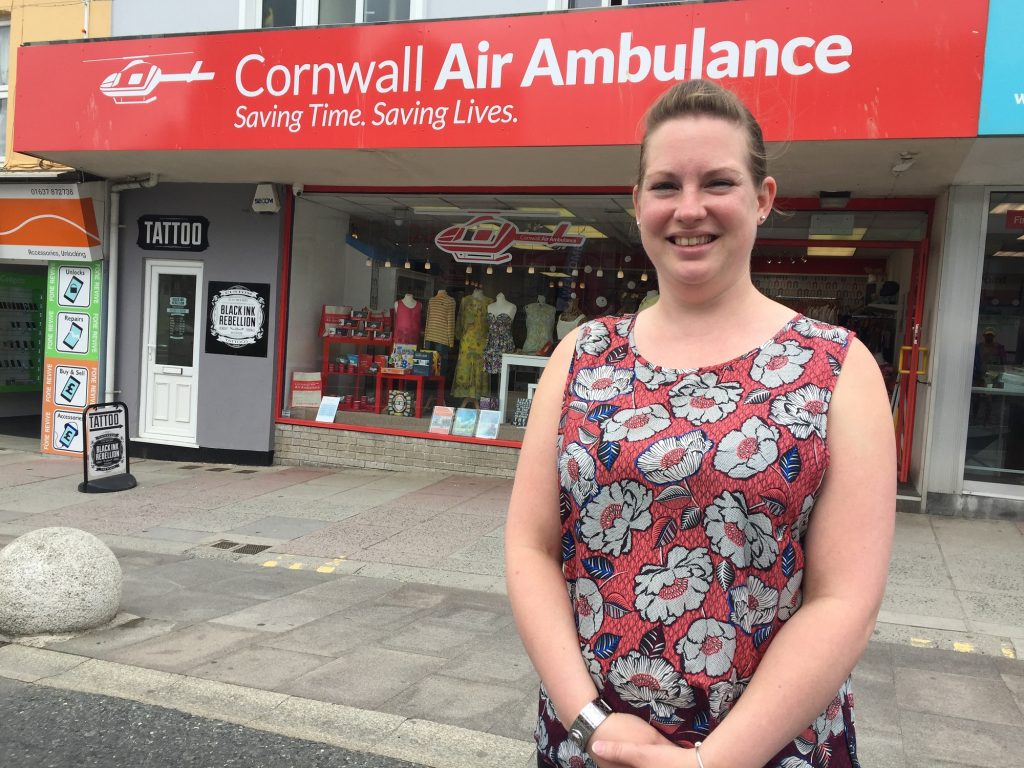 The Cornwall Air Ambulance charity shop in Newquay has started to trade on Sundays to capitalise on the high number of visitors flocking to the popular seaside town this summer.

The store, located in the town centre on East Street, experienced a 14% year-on-year increase in takings last week alone as the start of the summer holidays heralded an increase in shoppers.

Shop manager Donna Fisher said: “Newquay seems to be incredibly busy this year. We’ve seen a lot more people coming into the shop, particularly tourists, looking for men’s and women’s summer clothing, books, DVDS, shoes and toys for the children. We’re actually running low on toys at the moment because they are proving such good sellers.

“There are a lot of people out shopping in the town at the weekends, so we’re now opening on Sundays from 10am to 4pm to capture this trade. We have some fantastic volunteers who have come forward to staff the shop on Sundays which has enabled us to open the extra day.”

Profits made from the running of Cornwall Air Ambulance’s six charity shops* located across the county go towards keeping the helicopter and its crew flying and saving lives. Each year the air ambulance carries out more than 700 lifesaving missions throughout Cornwall and the Isles of Scilly. It responded to 45 emergencies in Newquay alone in 2016.

Donna added: “We see the Cornwall Air Ambulance flying over Newquay quite often as its airbase is located just outside the town. It’s a great reminder of the fact that by shopping in the store, you are helping to save lives. And you’re also very likely to pick up a bargain or two.”

People can also support Cornwall Air Ambulance by setting up a Direct Debit online by visiting cornwallairambulancetrust.org and hitting the donate button.

Notes to Editors
For further information and interviews: James Oxley, Communications and Marketing Manager ( james@cornwallairambulancetrust.org, 01637 88 99 26 / 07817 929679) or Kate Hucklesby, PR, Marketing and Media Officer (kate@cornwallairambulancetrust.org, 01637 88 99 26 / 07817 929679).
Cornwall Air Ambulance Trust is the charity that fundraises to operate the helicopter emergency medical service for Cornwall and the Isles of Scilly.
Every year our helicopter responds to around 700 emergency calls for help and is on-scene at an incident in an average of just 12 minutes. The helicopter can reach patients in any part of Cornwall, significantly reducing the time taken to get seriously ill patients the treatment they need – in hospital or on-scene.
It costs £3m per year to operate this service, and with no National Lottery or direct government funding, the charity relies on the generosity of the people and businesses of Cornwall.