Steve Garvey joined the air ambulance crew in June 2009. Ten years and over 2,200 missions later, Steve looks at some of his highlights from the last decade with Cornwall Air Ambulance. 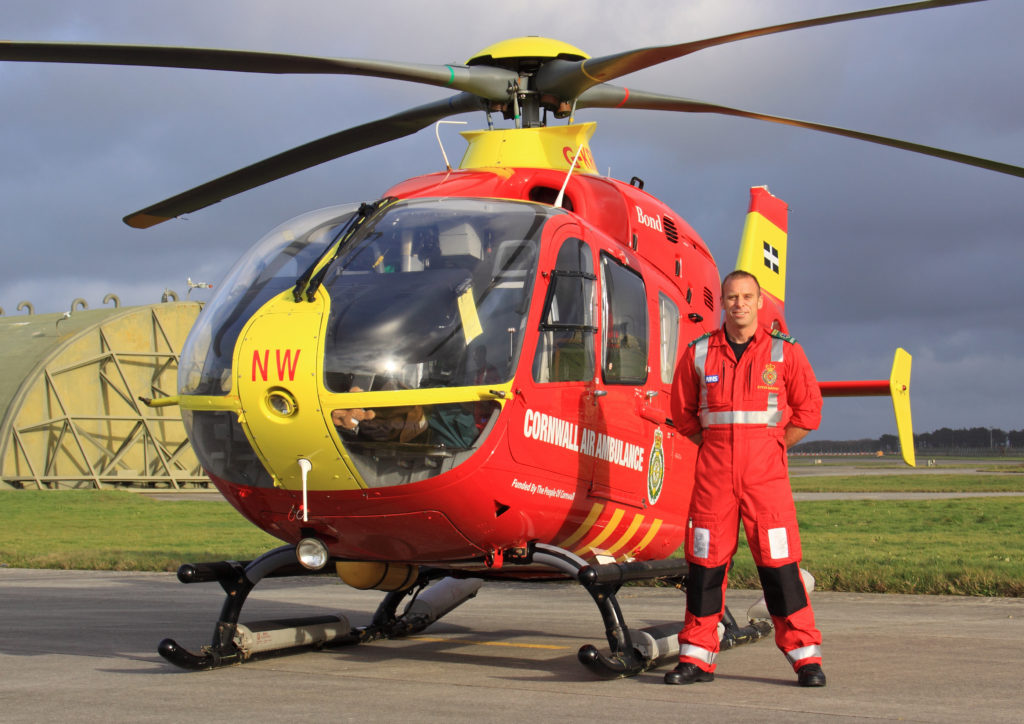 When I qualified as a paramedic, following five years of ambulance service, I was determined to work towards landing my dream job as an air ambulance paramedic.

The selection process was extremely robust- there were clinical assessments, interviews and an outward-bound exercise on Dartmoor. In my first attempt I was under-prepared and more experienced clinicians were appointed to the role. This increased my determination to succeed at the next recruitment. After lots of preparation and hard work, I was rewarded second time round when I appointed as an aircrew paramedic in June 2009; the proudest moment of my ambulance career.

When the new headquarters opened at Trevithick Downs in 2012, it was the first time in its history the charity and clinical operations team combined to work together in one facility. This was a big change for the aircrew, who moved from relatively cramped portacabins, to the airbase we have today, with a crew room and welfare facilities. The move has made the charity a lot more accessible to the public which is important as they fund the service. 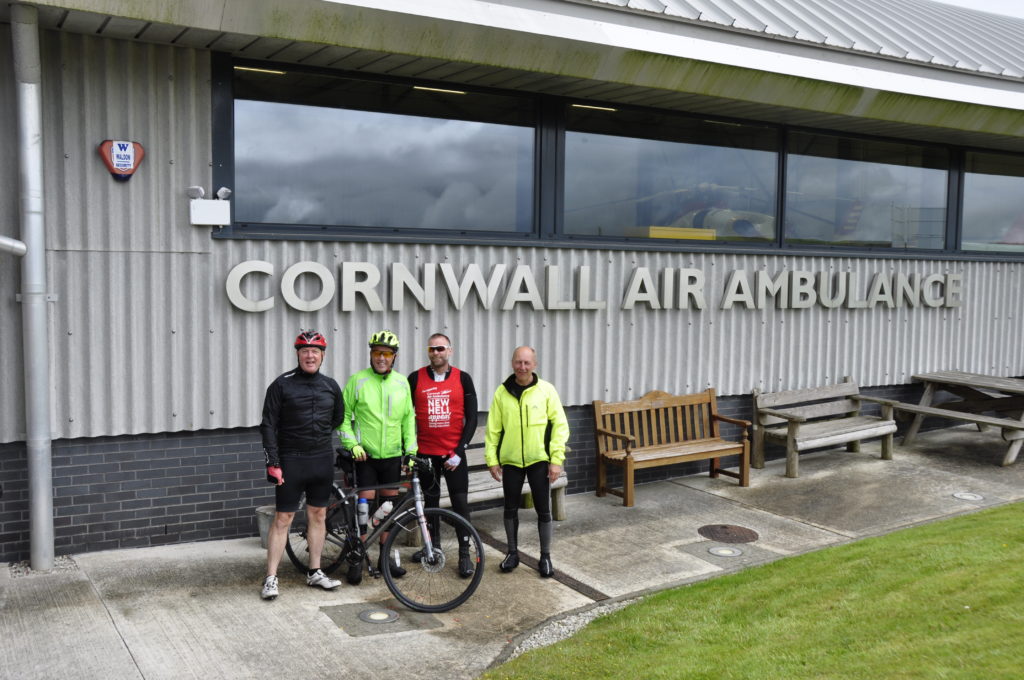 3 Fundraising for the service

Cornwall Air Ambulance has relied on public donations to fly since it started in 1987. Myself and my colleagues also try to help with fundraising where we can. I have taken part in various cycle rides, combining a hobby with a passion for helping the charity to raise funds. In 2015, I took part in a London to Paris charity cycle (cycling the Champs-Élysées is not for the faint hearted!) and in 2019 completed my second London to Land’s End cycle in pretty challenging conditions- good old Cornish weather of rain and headwinds!!

In April 2011, I took on the role of lead paramedic, which was my first step in ambulance service management. A few years on and I progressed to my current role of Air Operations Officer. Along with working on the helicopter, I lead a team of seven, whilst developing the relationship with Cornwall Air Ambulance and external stakeholders. 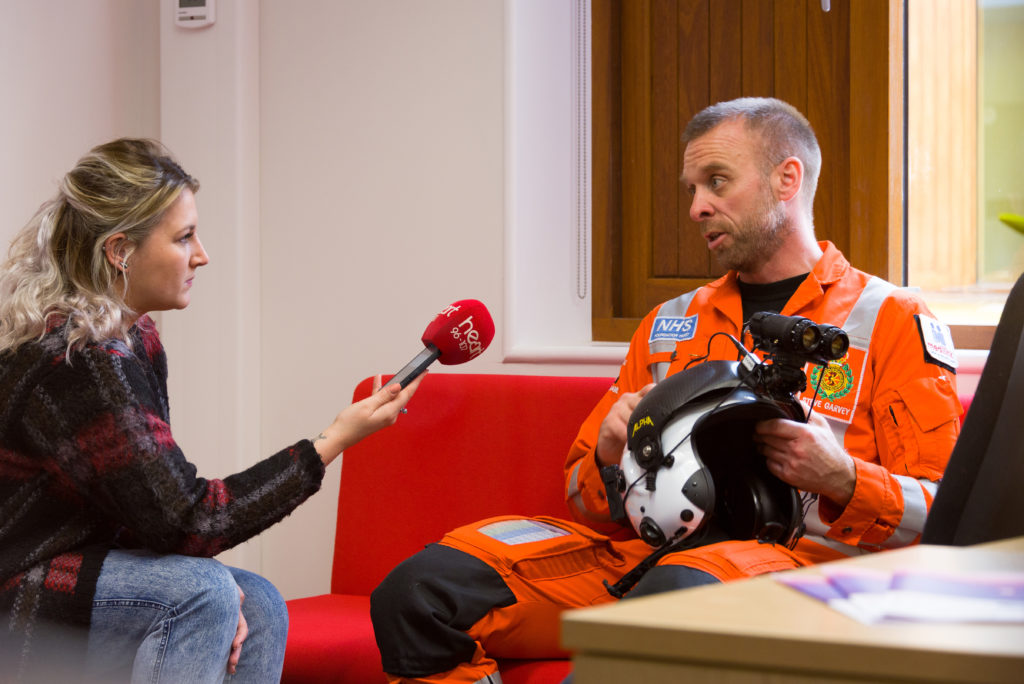 I’m proud to represent the charity on a national level at the Air Ambulance Association Conference and Awards each year. Locally, I have been able to deliver talks to groups, such as Lions and Rotary Clubs, to help raise the profile of Cornwall Air Ambulance.

In 2014, Cornwall Air Ambulance embarked on a program with Plymouth University to train paramedics to critical care level. A further skill of a Critical Care Paramedic was the ability to deliver enhanced pain relief where required. I was fortunate to become the first paramedic in Cornwall who could administer Ketamine to patients in cases of severe pain, where other drugs were not effective. 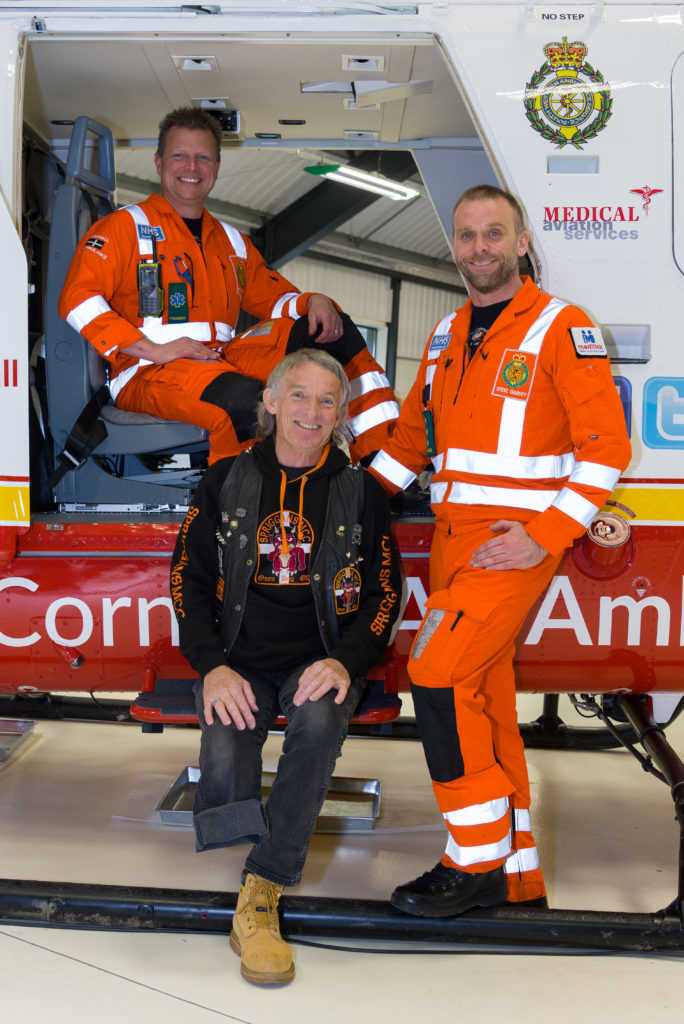 This new clinical skill was put to good use shortly after becoming qualified when myself and colleague Stu Croft were dispatched to a collision involving a motorcyclist and a car. Bob’s leg was completely out of alignment and he had suffered a catastrophic bleed. With the use of Ketamine we were able to manipulate and splint Bob’s leg to realign it on the roadside- a procedure which would have been extremely difficult to manage without the advanced pain relief. Unfortunately, the surgeons were not able to save Bob’s leg, but he was in great spirits when he returned to the airbase to meet with Stu and myself. It’s amazing to see him now take on fundraising events for the charity, such as a recent skydive. Stu and I were even invited to his wedding, which was a first for both of us. 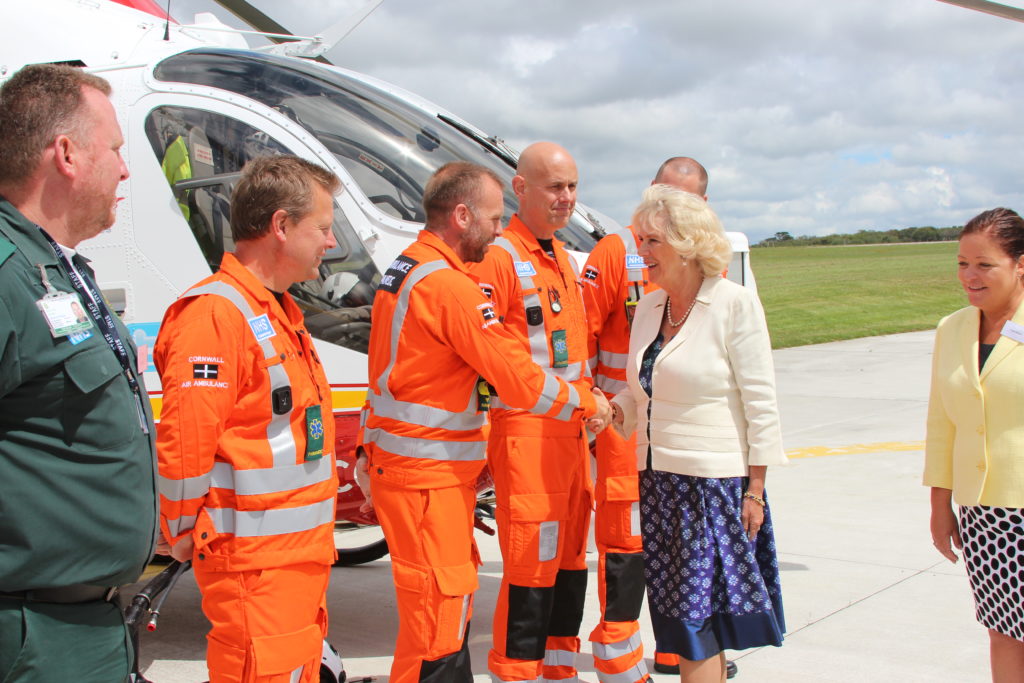 It’s not every day you meet royalty, but there have been a couple of occasions over the past 10 years. We’ve welcomed the Duchess of Cornwall, in her role as Patron of Cornwall Air Ambulance, and even had a visit from Prince Charles at the airbase.

9 Changes to the service

I’ve seen a lot of change over the last 10 years. Along with the enhanced skillset of the clinical crew, we now have advanced medical equipment, such as the Lucas chest compression device, and the ultrasound, which are not currently available on road ambulances. The introduction of night-vision capabilities, which allows the aircraft to fly in darkness, and the start of the critical care car cover, have both helped us to reach more patients. 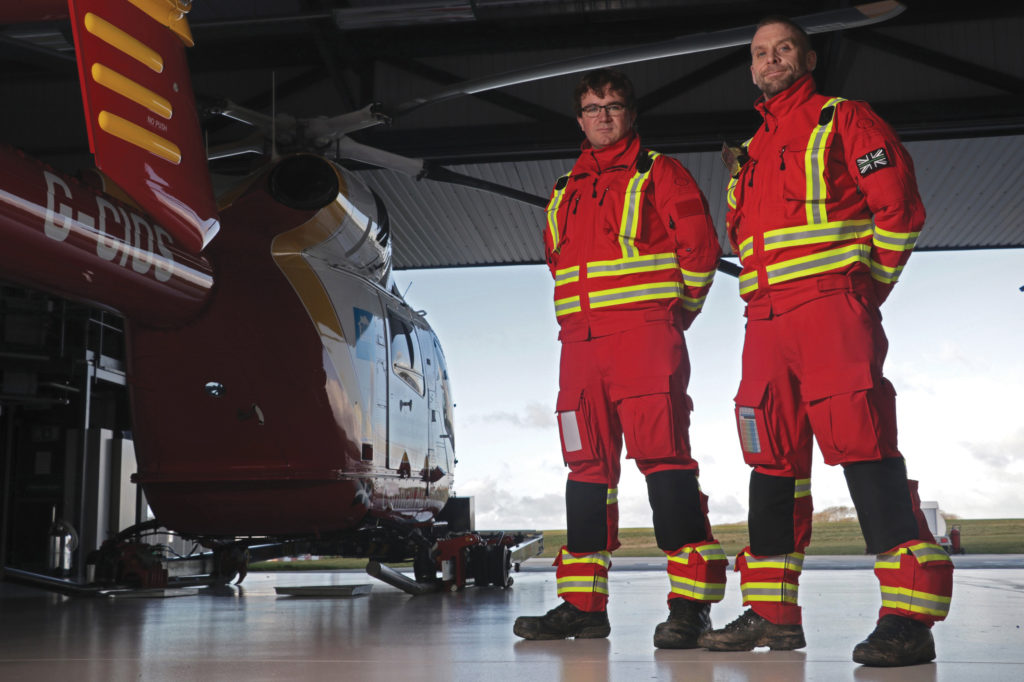 It’s an honour to help the people of Cornwall in their hour of need. It’s always a lovely moment to see someone that you’ve helped and meet their family. It reinforces how important the service is for the community of Cornwall and the Isles of Scilly. With the introduction of a new air ambulance helicopter in April 2020, I look forward seeing how the service develops even more in the next decade.