A young boy whose life was saved by Cornwall Air Ambulance spread some early festive cheer when he and his sister donated their pocket money for the year to the charity.

Throughout the year, Dylan Kneebone, aged 10 and his little sister Kyrie, aged 6, from Redruth in Cornwall, save up their pocket money in sealed tins which they then use to buy themselves something extra special.

Last year Dylan put the cash towards a new bike, but this time around the youngster and his sister decided to donate the entire contents of both their money tins – £117.81 – to Cornwall Air Ambulance to thank the charity for saving Dylan’s life.

In 2014, the young lad suffered a collapsed lung and internal bleeding when a horse box ran over his neck and chest. Land-based paramedics on-scene called for Cornwall Air Ambulance after it became obvious Dylan needed to get to hospital as quickly as possible. 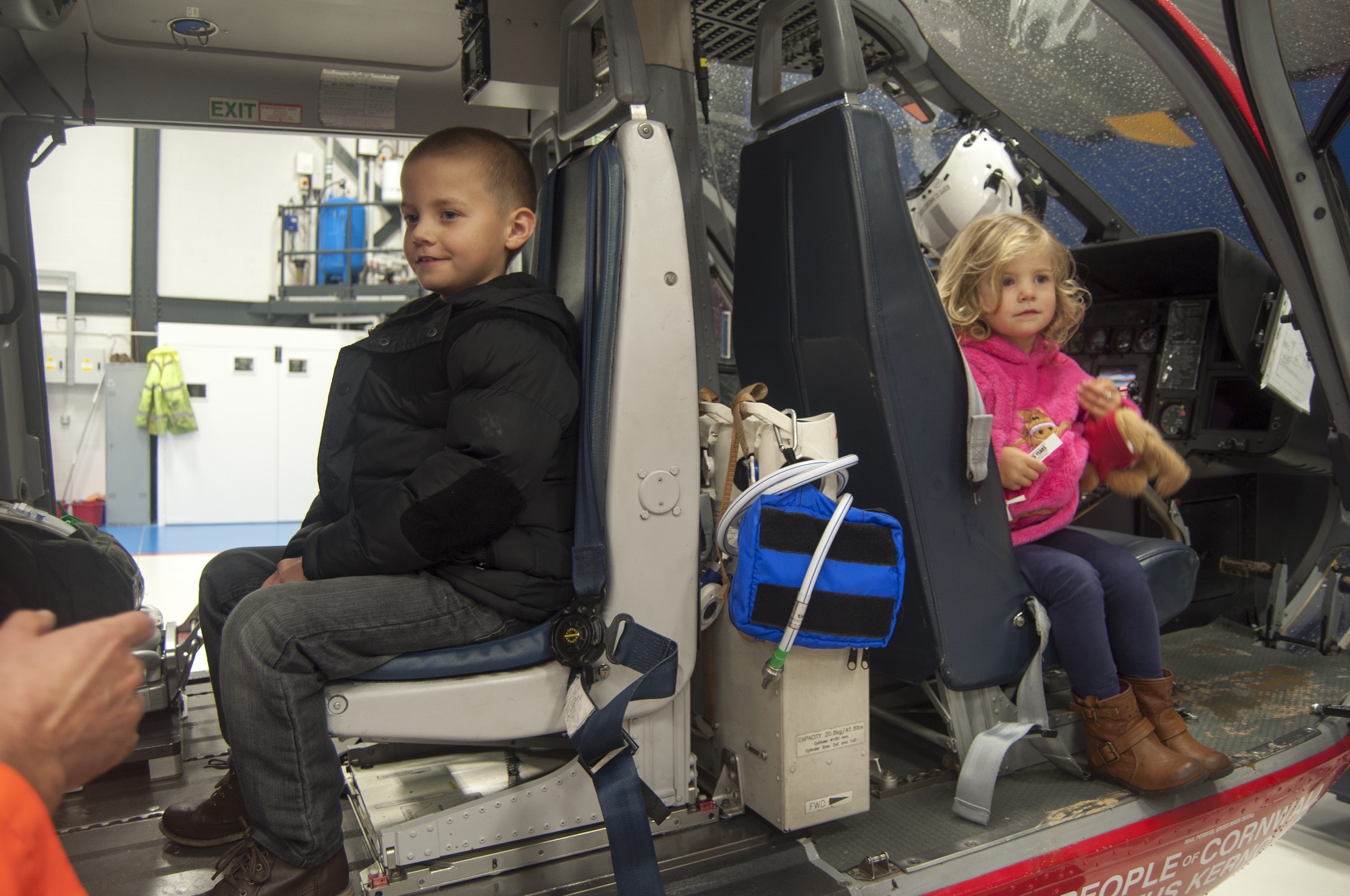 Paramedics performed a procedure to re-inflate the youngster’s lung and gave him medication to stem any internal bleeding, but his injuries were so severe his family were told to prepare for the worst. It was later discovered Dylan’s other lung had completed severed from his windpipe.

It took just four minutes to fly Dylan from his home near Redruth to Royal Cornwall Hospital Treliske where a paediatric team were waiting at the door. He was then transferred to the specialist children’s unit at Bristol Royal Infirmary for a lifesaving operation, after which he was kept in an induced coma for two weeks.

Despite the severity of his injuries, Dylan was up and about just three weeks later, much to delight of all those involved in helping to save his life. Since then, the youngster and his family have kept in regular touch with Cornwall Air Ambulance. They made a visit this week to handover Dylan and Kyrie’s pocket money to the charity, which relies on donations to raise the £3 million a year it takes to keep the air ambulance flying to around 700 emergencies each year. 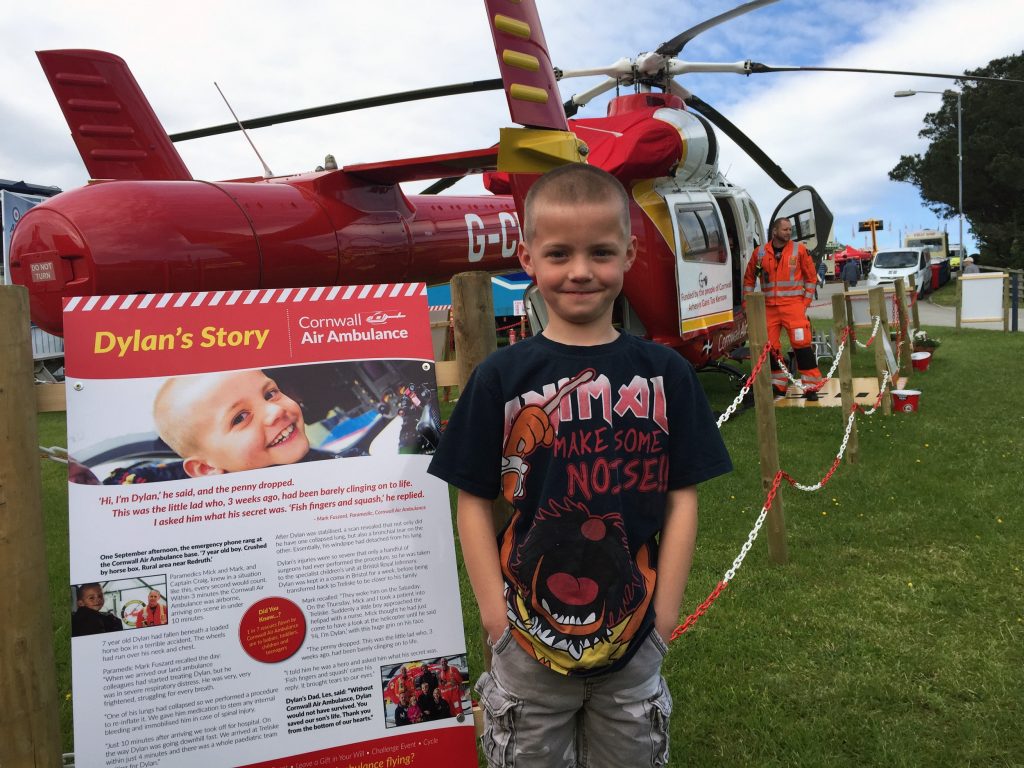 Dylan’s mum Linsey said: “They both saved up their pocket money throughout the year, but instead of buying something for themselves they wanted to donate the money to Cornwall Air Ambulance. They know it’s a charity and their money will go towards keeping the helicopter flying and saving lives. We always enjoy going back and saying hello to crew that helped Dylan so it was lovely to see them again. They are amazing and without them Dylan would not have survived.”

Mick McLachlan, one of the Cornwall Air Ambulance paramedics that treated Dylan, said: “For Dylan and Kyrie to donate their pocket money to help keep the air ambulance flying shows what great kids they are. We’re very grateful for their generosity. They are a lovely family and I’m so glad we were able to be part of the team of paramedics, doctors and nurses who helped save Dylan’s life. We really enjoy it when anyone we’ve helped comes to visit us, but it’s always that bit extra special to see Dylan running around full of energy considering how severe his injuries were. He certainly spread some festive cheer here at Cornwall Air Ambulance Trust.” 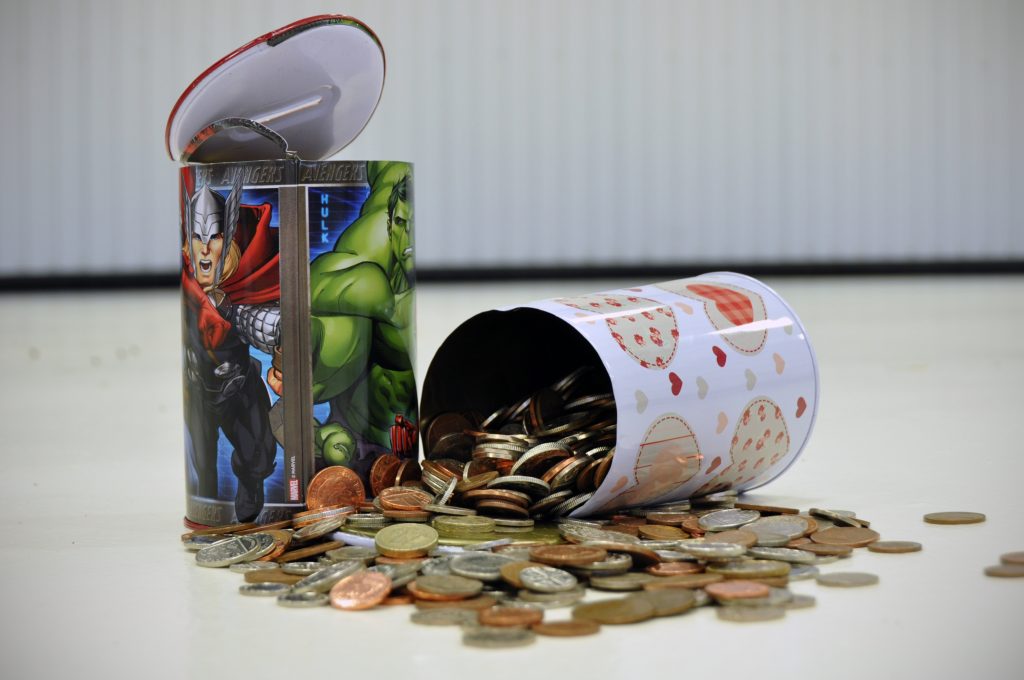