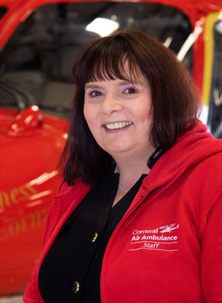 Hailing from St Austell, Allison started her working life as a one-to-one carer for people with mental health issues, and from there moved into specialising with people suffering from lung conditions. In her spare time Allison has dedicated herself to volunteer charity work, which ultimately led to a position as assistant manager with the Red Cross in Truro, and briefly as manager in Falmouth.

Moving to Cornwall Air Ambulance as a shop relief manager, Allison subsequently took over the running of the Truro store with the able assistance of some fantastic volunteers. She says the pride and dedication she feels in the lifesaving cause is immense. 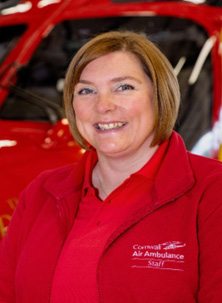 Anna has been with us since June 2021. Anna’s hobbies include walking, geocaching, socialising, and playing pool. She has a passion for snooker, films and loves a good book. Anna also enjoys spending time with family and friends.

Growing up in St Austell, Anna has had a varied retail career since the age of 14, from Fosters Menswear, to an independent surf shop, to becoming a licensee whilst running a snooker club.

Anna started her charity career with the British Heart Foundation, where she worked for 10 years. She spent 18 months as a shop manager, then moved onto regional support manager for the clothing side of the business. In her last two years with the charity, she expanded her knowledge base and joined the furniture team. Whilst there, Anna helped to set up and open 13 new stores. This job took her all over the South West and South Wales.

Now Anna’s heart lies with Cornwall Air Ambulance. She grew up just down the road from the St Austell shop and now gets to see some old faces again, some of whom remember Anna from her early days working in the town as a teenager. 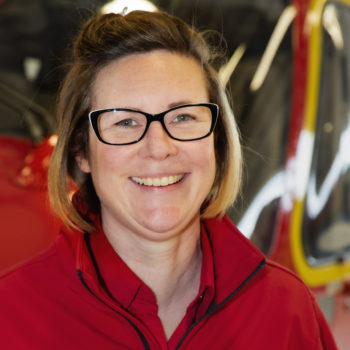 Joe started working for Cornwall Air Ambulance Trust in May 2017 as the charity's Retail Area Manager, managing all of the charity shops operations and staff. Originally from London, Joe moved to Cornwall 12 years ago. She has extensive experience in retail and has been the Retail Area Manager for several big name brands including Animal for five years, Levi's for four years as well as Ann's Cottage and Debenhams to name a few.

Joe lives near Newquay and spends most of her free time enjoying beautiful Cornwall with her partner and young son. 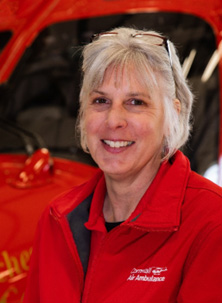 Lisa went into catering when she left school, spending eight years as restaurant manager at The Old Custom House in Padstow and a further six years running The Galleon Restaurant with her husband.

After the birth of their two children, she became interested in childcare and spent the next 15 years at Padstow pre-school, where she obtained a Foundation Degree in Early Years Education. During her time at pre-school, recycling and re-using became very important, and shopping in charity shops a passion, leading her to apply for a position as an assistant manager with Cornwall Hospice Care.

Here she spent two years learning all about charity retail before fulfilling her goal of managing a charity shop in her hometown, when she started with Cornwall Air Ambulance Trust in December 2021, as manager of the Wadebridge Shop. In her spare time, Lisa enjoys spending time with her family and walking their two dogs. 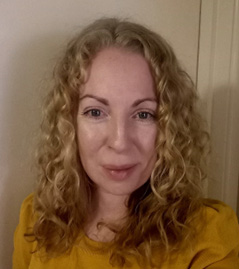 Sheila moved over from Ireland some 12 years ago and finally landed in Cornwall in 2019. She loves nothing more than walking the coast path every day with her dog, Buddy. Anna says she is incredibly proud to work for Cornwall Air Ambulance and with the amazing volunteers who support the charity. She is looking forward to participating in lots of fundraising activities in 2023. 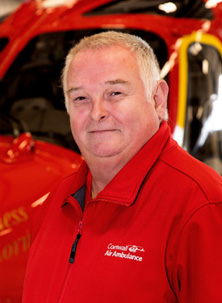 Stephen moved to Cornwall at the end of 2016 to start a new life after the sad loss of his wife. He has always remembered visiting the county on holiday with his parents, he says it has a special place in his heart and seemed like the ideal place to start over.

Stephen says finding a position with Cornwall Air Ambulance has given him stability, a sense of purpose and the ability to help others whilst building firm friendships with both customers and colleagues. Being naturally inquisitive, he has taken to exploring the local area and occasionally availing himself of the fine hostelry food that is on offer! Stephen says he fully supports the fantastic work that Cornwall Air Ambulance does and the amazing, selfless people in it. 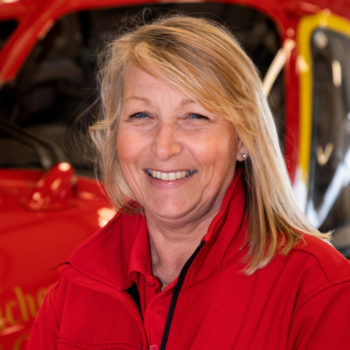 After leaving school Lynnette trained as a pastry chef for three years, doing part of her training in Bavaria Germany. Once qualified she travelled to Greece to work for an English and Greek restaurant. The following season she went to work in the Channel Islands on a small island called Herm, three miles off the coast of Guernsey. She had a contract for six months and took just a rucksack but came back 16 and a half years later with a husband and two children. While Lynnette was there she was a pastry chef on and off between having children and she also helped to run the island's three gift shops. She now runs the Bodmin cluster of Air Ambulance shops, the job is very busy and she loves the challenge. The cause is close to Lynnette's heart as her son was airlifted in 2015. 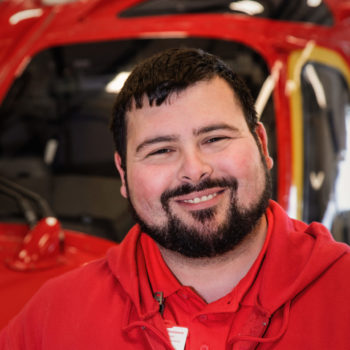 Timon joined the charity 5 years ago after working at a supermarket. He wanted to make a difference to Cornwall, having called it his home for over 10 years. In his spare time, he can be found exploring beauty spots for photo opportunities, walking his dog, or enjoying his latest hobbies of gardening and online gaming! Timon loves his job and can often be found with a smile on his face - or perhaps you may even hear his distinctive laugh. 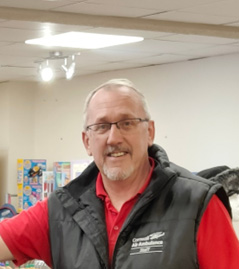 Born and raised in Hayle, Ian is a proud Cornishman who has spent the majority of his working life serving in the Armed Forces. Since joining Cornwall Air Ambulance, he has progressed from a driving role through to retail and finally into his current administrative position. The benefits of on-the-job training has given him a broad appreciation of the demands and needs of customers and donors alike. Alongside other team members he utilises this to best its effect, to provide a positive and memorable service.

Ian has wholeheartedly immersed himself into the Cornwall Air Ambulance ethos and is extremely happy to be serving the people in and of Cornwall. In his spare time, Ian enjoys the open road on his motorcycle along with paragliding around our fantastic Cornish coastline. 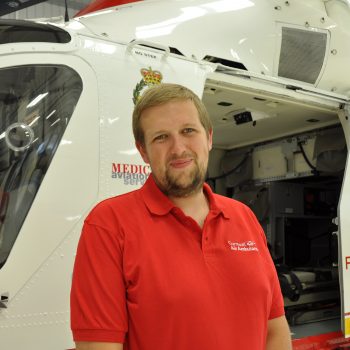 Ben's role is to provide a service to Cornwall Air Ambulance Trust customers by collecting and delivering donations. His background is in theatre as he spent eight months working at the Minack Theatre and has also been involved in shows that took him across England and Europe. Ben and his wife moved back to Cornwall to start a family and while he is still interested in the theatre his most important pastime is time spent with his family. 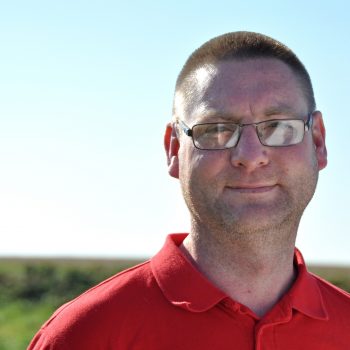 Alan joined the team in November 2016 as a van driver. Day to day, he is in the van, driving around to meet people throughout Cornwall, collect furniture and deliver it to the store. Speaking to local people in their homes, he is often one of the first faces the public meets and can give information as well as an informal chat. He has lived in St Austell all his life, and has previously worked for a local removal firm for 13 years. Alan is a big music lover, and in his spare time enjoys local bands. He is also a member of the St Austell Band Club. 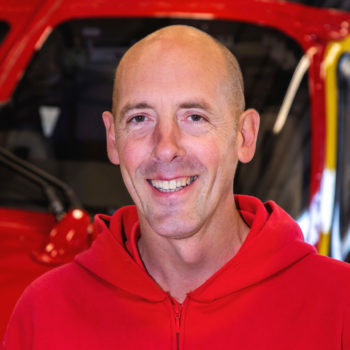 Mark joined Cornwall Air Ambulance Trust as a van driver in May 2019 covering the Camborne area. He previously worked as a driver for B&Q. In his spare time he enjoys surfing, karate and spending time with his Norwegian family.